BIGBANG has made it onto Forbes’ 2016 Celebrity 100 list which examines and determines the world’s top 100 highest earning entertainers and celebrities.

This will be the first time a K-pop group is featured on the annual list and it was revealed that BIGBANG ranks No. 54 on the list.

According to a recent Forbes article, BIGBANG made $44 million in pretax earnings from June 2015 to June 2016. The K-pop group surpassed the highest grossing American pop band, Maroon 5, by over $10 million in regards to annual income. 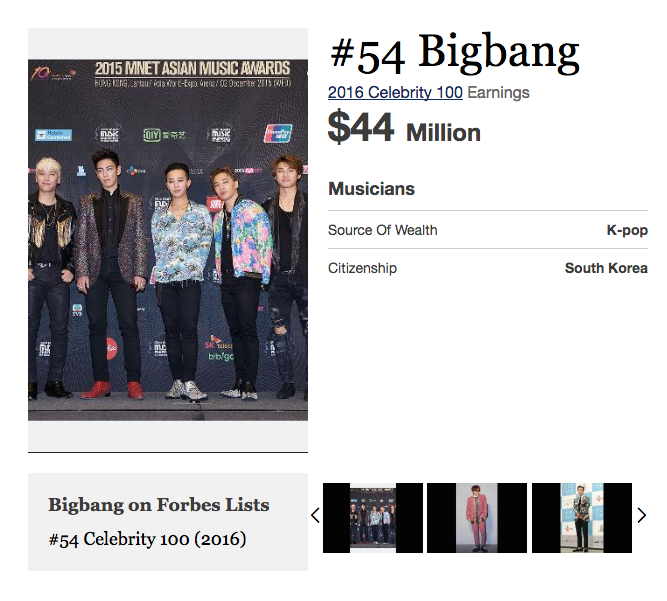 In an interview with Forbes, BIGBANG‘s leader: G-Dragon, commented on the comparison and said, “We made more than Maroon 5? I did not know that. Anyways, my mom is in charge of my earnings.”

This is not the first time BIGBANG has been featured on global ranking lists. Early this year, TIME magazine surveyed readers on the list of 100 of the world’s most influential people; BIGBANG gathered more votes than American pop stars, Beyonce and Taylor Swift, combined. 2NE1‘s leader, CL, also secured a spot on TIME’s poll and established her popularity amongst fans. 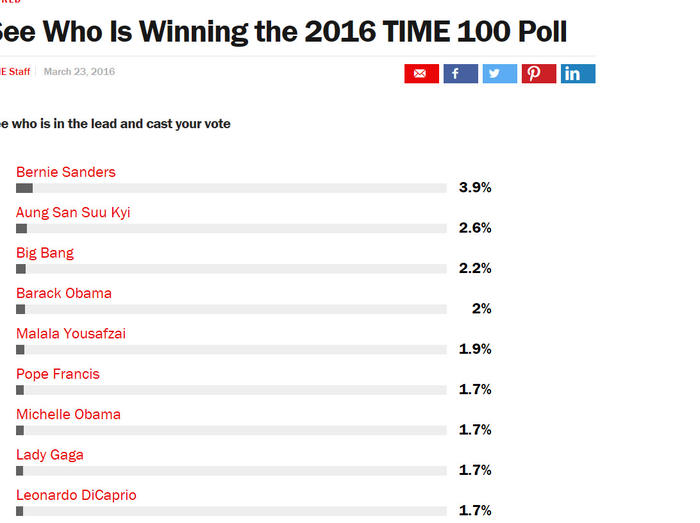 Meanwhile, BIGBANG is celebrating their 10th anniversary this year. Thus far, there has a campaign, documentary, an exhibition, and concerts to celebrate the the occasion.