BLANK2Y bring fire to the stage with their ‘FUEGO(Burn It Up)’ MV! 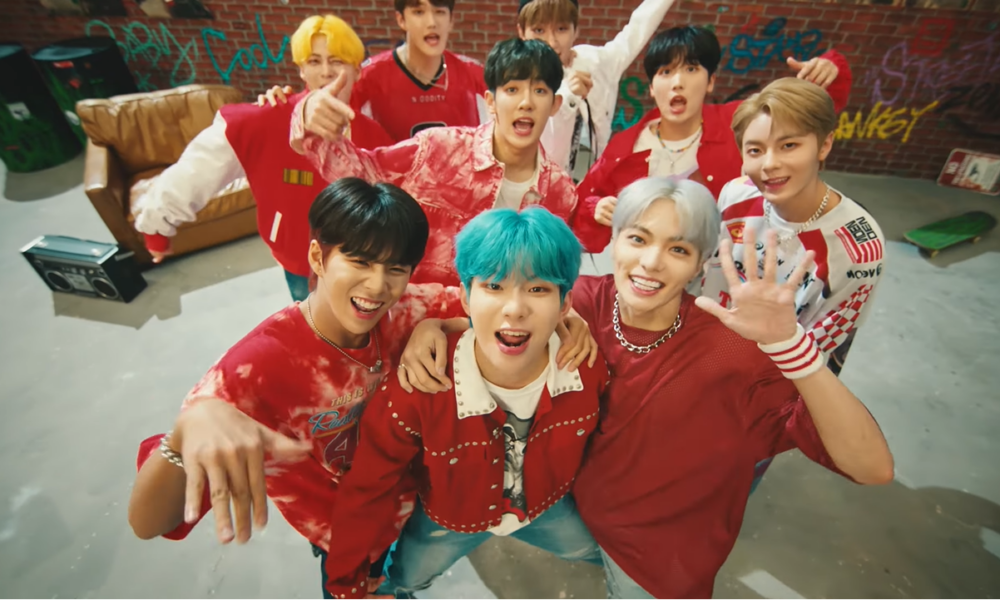 BLANK2Y bring fire to the stage with their ‘FUEGO(Burn It Up)’ MV!

On August 24th, BLANK2Y came back with their new title track, ‘FUEGO (Burn It Up)’. The song comes off the simultaneously released 2nd mini album, ‘K2Y II : Passion [Fuego]‘. Debuting earlier in May with the ‘K2Y I : Confidence [Thumbs Up]’ EP, this marks the boy group’s first comeback. The album also serves as the second part of their trilogy of ‘K2Y’ album series.

With rhythmic drums and trap beats, the brash track showcases the youthful energy and attitude of the nonet. The unstoppable push in the instrumental has no time to hold up as it takes a choking hold onto the listener until the stripped pre-chorus. By the time the chorus kicks in, the tune kicks it up a notch before a momentary reprieve in the bridge. Bolstering itself in the final refrain, the song comes to a blaring end.

The music video focuses on showcasing the choreography. The members show duality in wearing both bad boy black leather jackets, and more classic white ruffled shirts, highlighting the extreme movements required in the routine. However, when the MV ends, we hear a snippet of a possible future track, ‘Whistle’ as the letters of the word are written in the shape of a heart.

How do you feel about the boy group’s first comeback? Let us know in the comments below!