BTS to Hold Fanmeetings in Europe and South America

BTS to Hold Fanmeetings in Europe and South America

Bangtan Boys‘ (BTS) official Twitter has been updated with a picture announcing that the group will hold three fanmeetings in Europe and South America! 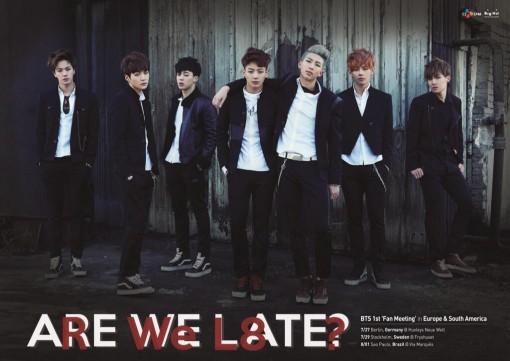 The fanmeetings will be held on July 27th in Berlin, Germany; on July 29th in Stockholm, Sweden; and on August 1st in Sao Paulo, Brazil.