BTS has been nominated in the 61st Annual GRAMMY Awards!

BTS has been nominated in the 61st Annual GRAMMY Awards! 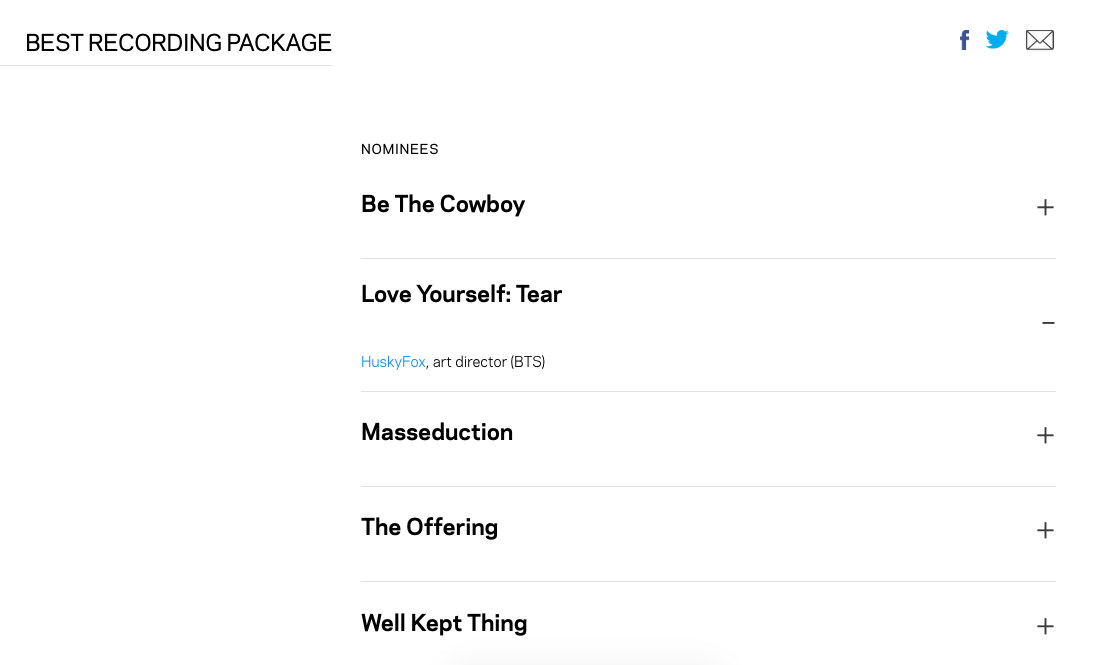 ARMYs have taken to social media to congratulate the group on their nomination. The phrase “Best Recording Package” trended on Twitter shortly after the announcement of their GRAMMY nomination.

BTS has been breaking records left, right and center since their rise in popularity last year. They have broken records on Youtube and Twitter, and now they have moved on to huge award nominations. Not only have they conquered Asian awards, but now they are expanding to the West.

What do you think about BTS‘ GRAMMY nomination? Let us know in the comments below.