BTS is getting closer to their comeback date and have recently dropped the MV teaser for their title track ‘Blood Sweat & Tears!’

At Midnight on October 7th KST, Big Hit Entertainment released the visually stunning teaser video for the group’s approaching comeback. Though the video is brief, the wonderful visual aesthetics paired with Taehyung and Jungkook’s high notes will be sure to give you chills.

There have been many fan theories for this highly anticipated release. Leading up this comeback, various teaser videos such as J-Hope’s ‘Boy Meets Evil‘ and concept photo pairings, have been released to keep fans guessing.

The idol group first dropped a set of 7 short teaser videos for the ‘WINGS’ 2nd full album. It was then revealed that each member will have their own solo track on the album with 7 solo tracks and a total of 15 songs. Each title of the individual shorts references to the solo song title for each member. In the order of of the track list:

Check out the full track-list below: 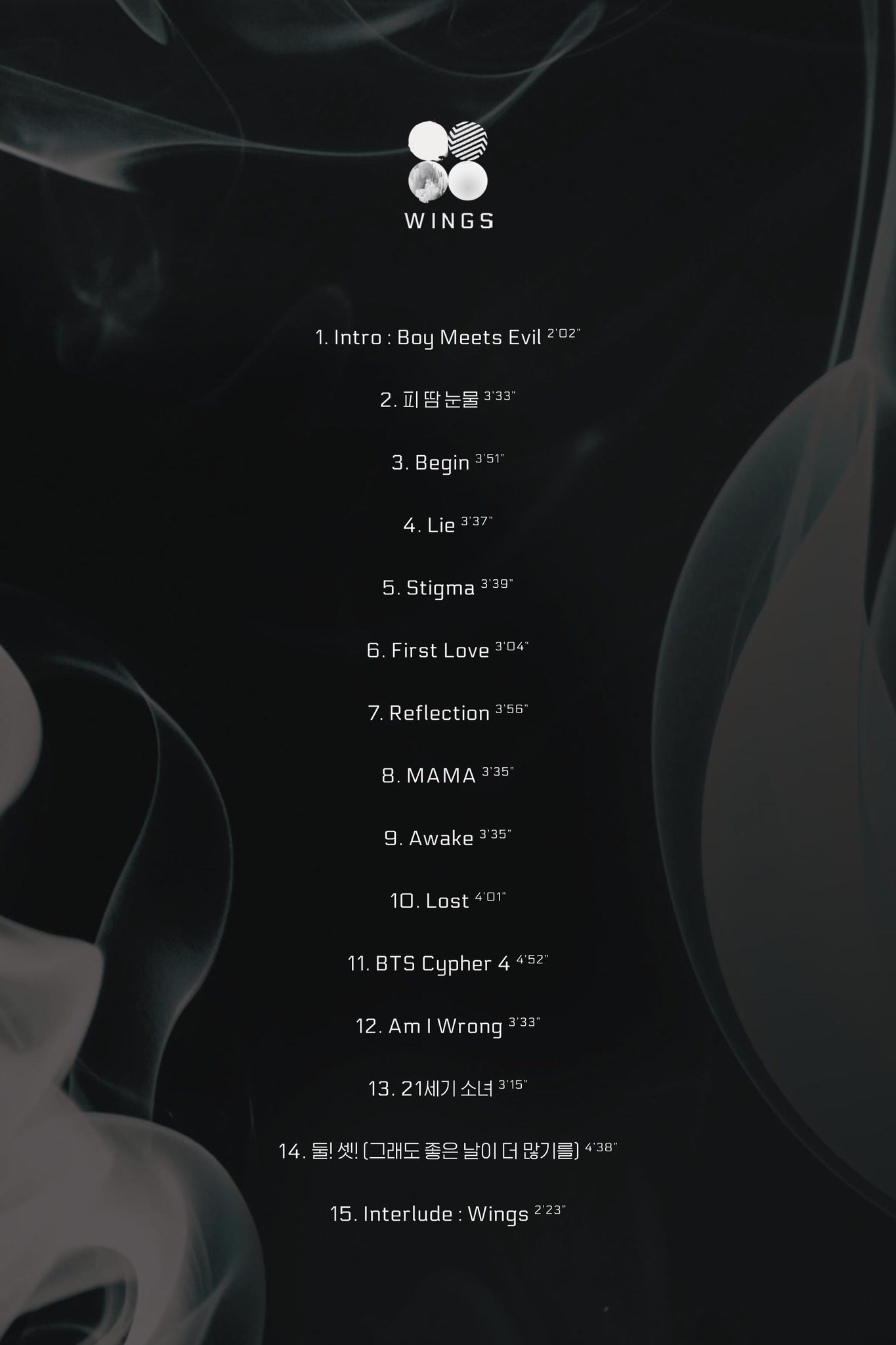 BTS is set to come back with their 2nd full album ‘WINGS‘ on October 10th, so be sure to check it out!