A few months ago, we reported that Cartoon Network Brazil and LATAM had launched Spotify playlists that featured some K-Pop songs, which made fans really happy.

On August 15th (aka Korean Independence Day), they surprised everyone with much better news: a new playlist completely formed by K-Pop songs!

The playlist is called ‘K-Poppeiros‘ in Cartoon Network Brazil’s profile and ‘K-Poppers‘ in Cartoon LATAM‘s one. It features twenty one songs, which vary from groups such as BIGBANG, 2NE1, Super Junior and Apink, Red Velvet, TEEN TOP, B.A.P, Girls’ Generation, B1A4, and more. The playlist also featured soloists like IU. 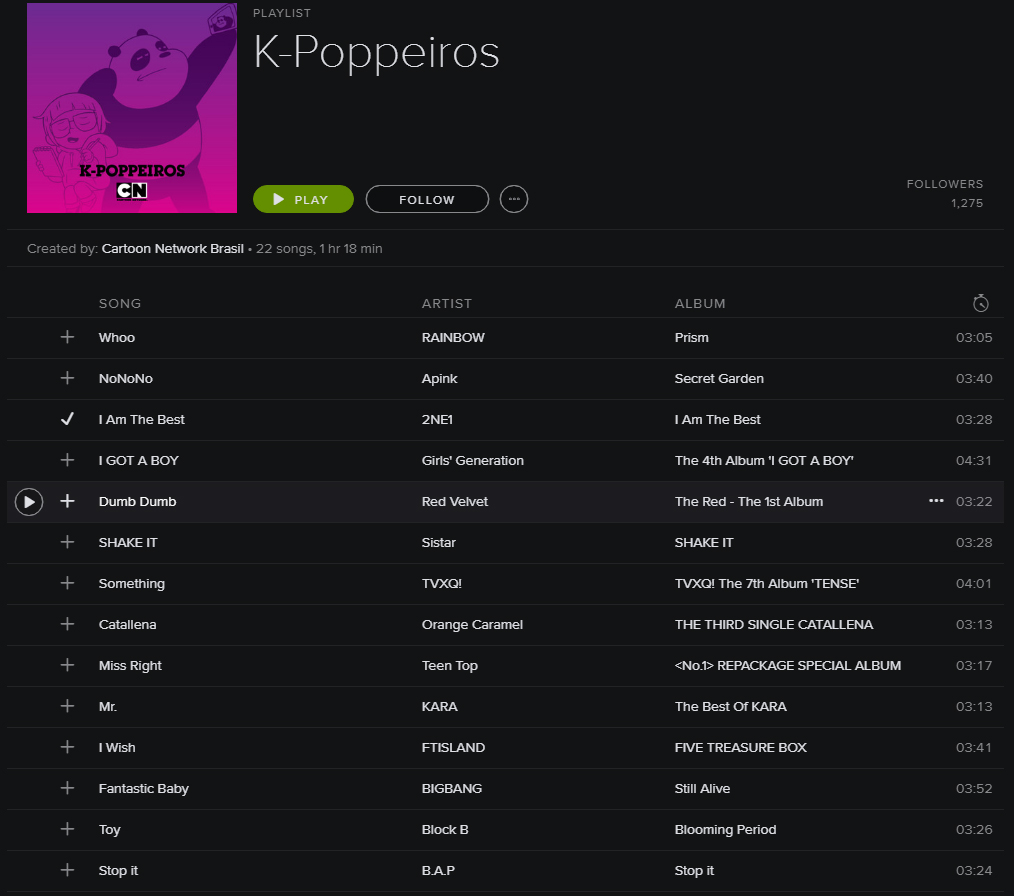 You can check and subscribe to the full Brazilian playlist here and the LATAM one here.

I always love to see K-Pop traveling around the world, especially when these actions come from such big companies, right?

What did you think of the playlists? Where your favorite K-groups/artists in them? Let us know in the comments below. Stay tuned with Officially KMusic as we bring you the latest news from Korean Entertainment!