Clear your schedules, NU’EST W have announced their comeback date!

Clear your schedules, NU’EST W have announced their comeback date!

Pledis Entertainment has confirmed that NU’EST W will be returning to the stage on October 10!

We were first introduced to NU’EST‘s subunit NU’EST W in July when they released their special track ‘If You‘. The group performed one special stage for the track, but ‘If You‘ otherwise went without promotions as it was intended simply to show NU’EST W‘s thanks to their fans. 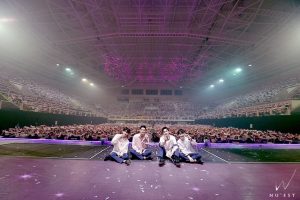 Since then, the members have been appearing on a number of variety shows. Arguably the most notable of these has been NU’EST W‘s appearance on the August 30th Pledis Entertainment special of ‘Weekly Idol‘, alongside labelmates PRISTIN, After School and Orange Caramel‘s Raina, and ballad singer Han Dong Geun.

The members of NU’EST W have said that the love and support they received from fans who attended their ‘L.O.Λ.E & DREAM‘ fanmeet towards the end of August was highly motivational for them in preparing for their comeback. In return, the four members have committed to creating a high quality album full of great songs for their fans to enjoy.

Based on the enthusiastic reaction of the public to the news, NU’EST W‘s comeback should be one to remember! Are you excited for new music from NU’EST W?