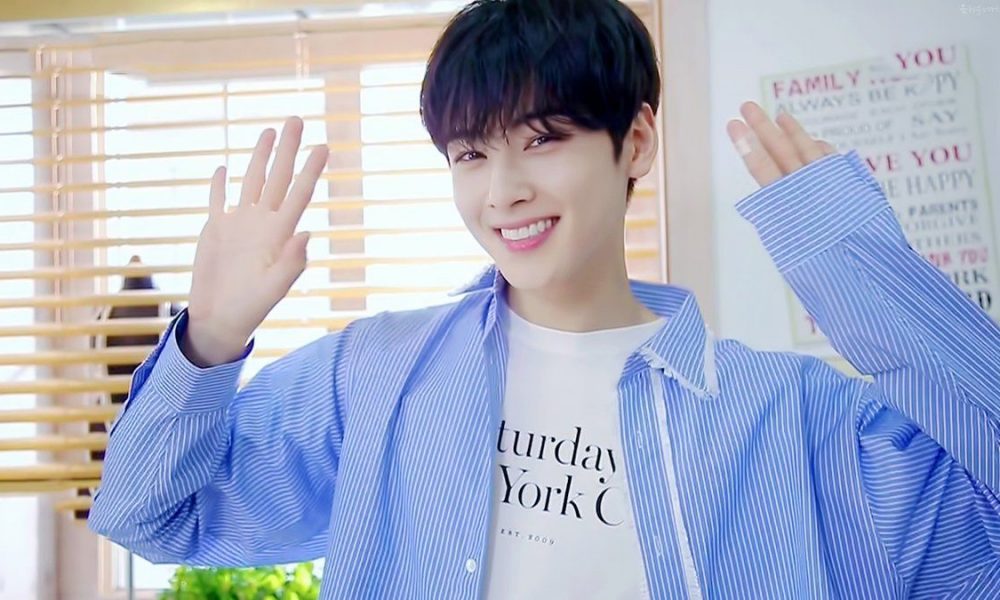 Cha Eun Woo is known as the vocalist, visual, and face of Fantagio’s boy group Astro, as well as a model and actor – but he is not your typical K-pop idol. He is widely renowned for being one of the best visuals in the entire K-pop industry. Even if you are not a fan of Astro, you cannot deny that he has been blessed with absolutely stunning visuals. However, there is more to this young celebrity than just his pretty face. Eun Woo excels in multiple areas of the entertainment industry like music and television, and his rise to fame is very different from other male idols. 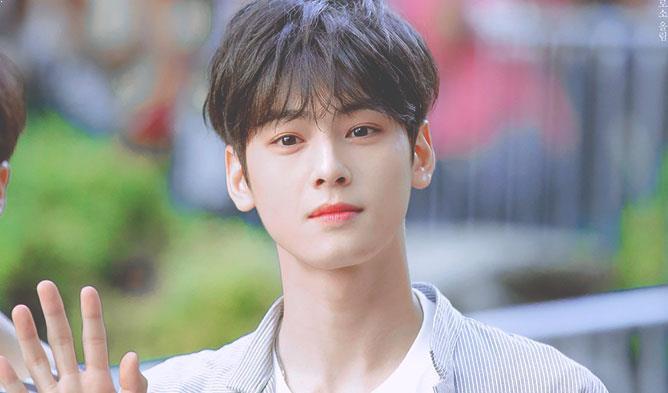 Eun Woo originally did not intend on becoming a singer or idol; he wanted to be an actor, and that was his biggest aspiration in life. Growing up, he studied in Hanlim Arts High School and was accepted into Sungkyunkwan University, where he majored in acting.  Many accomplished actors like Song Joong Ki, Park Hyo Min from T-Ara and Krystal from f(x) followed the same path.

Before he debuted with Astro, he had already established a successful modelling career. Eun Woo was the face of Naver in 2014 and 2015, which was before Astro‘s debut. He also modelled for cosmetics brand Shara Shara in South Korea. Alongside his fellow Astro member Moon Bin, they promoted Mr. Pizza, a South Korean pizza chain. 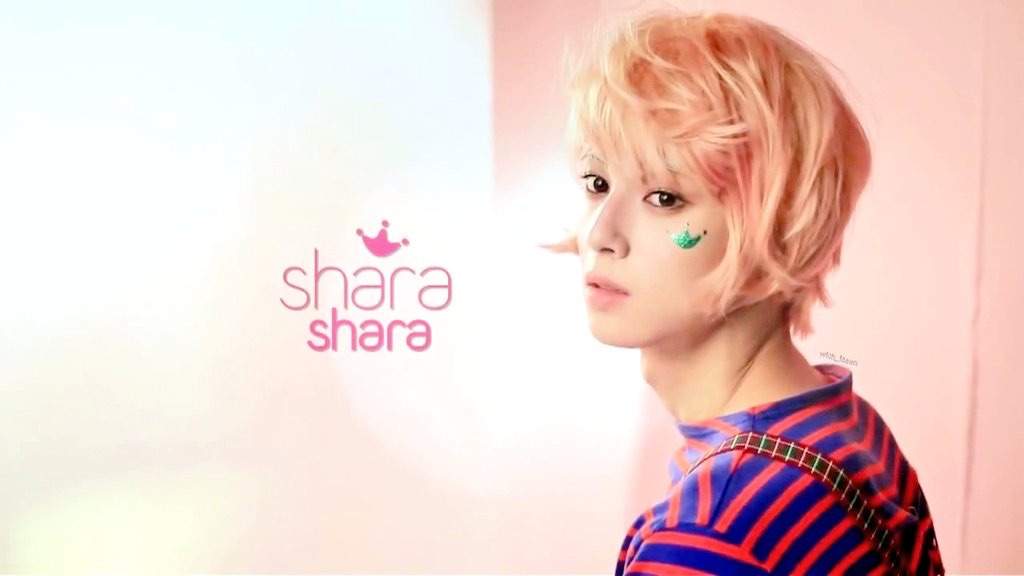 Astro is a six-member boy group formed by Fantagio in 2015. It consists of leader JinJin, and members MJ, Cha Eun Woo, Moonbin, Rocky and Sanha. They debuted on February 23rd, 2016, with title track ‘Hide & Seek‘ and first EP ‘Spring Up‘. Their biggest hits to date are ‘Baby‘ and ‘Crazy Sexy Cool‘. Recently, they made their comeback with title track ‘Always You‘ and special mini album ‘Rise Up‘ on July 24th of this year. 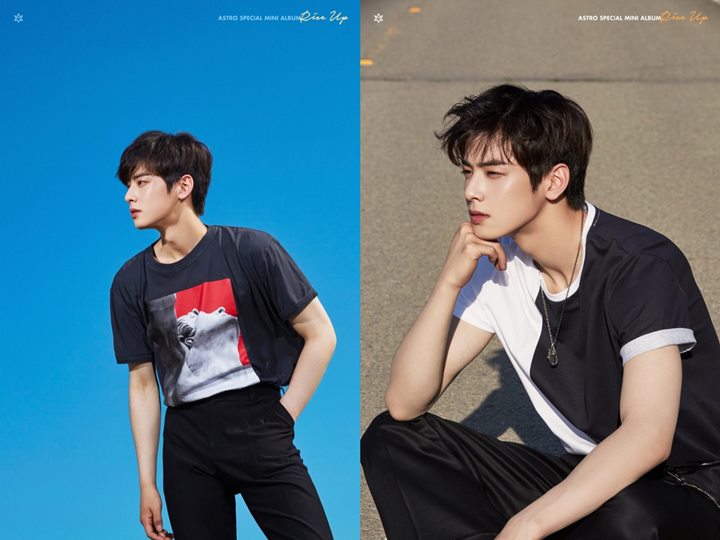 Eun Woo is often placed in the centre of Astro‘s music videos. Even though he is often teased for not being able to dance well on variety shows, he is able to perform Astro‘s challenging choreography. He often appears on variety shows like SBS‘ Master Key, KBS‘ Hello Counselor, Happy Together, etc. His popularity among the audience also extends to South Korean entertainers. He is able to charm entertainers and the audience alike with his outgoing personality. Eun Woo also contributes to Astro’s successes in sports, especially during the Idol Star Athletics Championships. He participated in the 400 meter relay with his group, as well as in aerobics. Furthermore, Eun Woo is musically inclined as he is capable of playing the piano, guitar, flute and violin.

Check out the MV for their biggest hit ‘Crazy Sexy Cool’ below!

A Fantagio manager scouted Eun Woo at a school festival years prior to his debut. Since he originally wanted to be an actor, he was placed in Astro to give him exposure as the center of the group. Also, because of his good looks, they thought that people would instantly be attracted to him and thus check out Astro‘s music. This would in turn give Astro exposure as well – it was a win-win situation for both sides. Eun Woo could establish his name in the entertainment industry, and Astro could become more popular in the K-pop industry.

The members of Astro were introduced to the public through Fantagio‘s web drama ‘To Be Continued‘. It aired in August 2015 and all six members of the group appeared in it, alongside their label mates from 5urprise. Eun Woo was portrayed as a cold-hearted music producer. Since 2014, he has appeared in ‘My Brilliant Life‘, ‘My Romantic Some Recipe‘, and ‘The Best Hit‘. Most recently, he has been cast as the lead in the new JTBC drama ‘My ID is Gangnam Beauty‘. 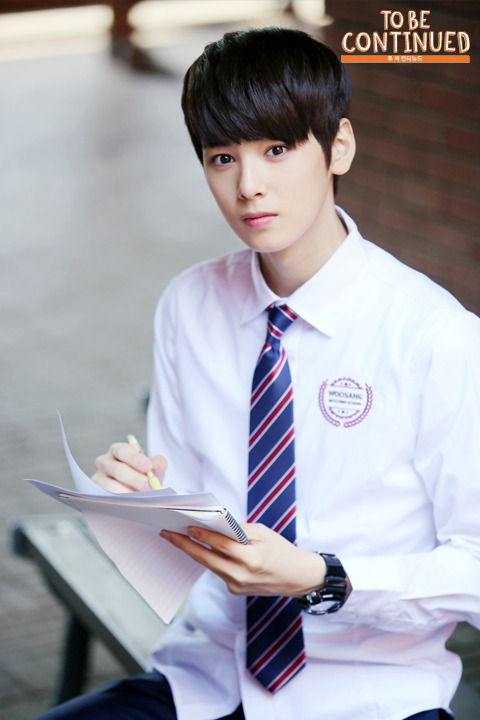 ‘My ID is Gangnam Beauty‘ premiered on July 27th this year. It stars Im Soo Hyang, Cha Eun Woo, Jo Woo Ri and Kwak Dong Yeon. This is Eun Woo‘s first lead role in a drama. He plays the stoic and cold Do Kyung Seok, who is the love interest of the main character. Even though he appears distant, he has a caring and sensitive side to him. The drama’s main theme is physical beauty versus inner beauty. Eun Woo has also contributed to the OST of this drama and sang his first ever solo OST ‘Rainbow Falling‘ for part 7 of the OST.

Check out the trailer and OST for ‘My Id is Gangnam Beauty’ below!

It is clear that Eun Woo can succeed in many areas in the entertainment industry. On top of being musically inclined with instruments and his voice, he can act as characters with cold personalities. This contrasts strongly with his cheerful and outgoing personality in real life. Even though his original intention with Fantagio was to act, he managed to establish himself as a vocalist in Astro and help them to gain popularity. In turn, he was also able to make a name for himself by snagging multiple acting roles and appearing on variety shows. Eun Woo‘s versatility as an entertainer has allowed him to continue to excel since the start of his career, and there are no signs of him stopping soon.

Scroll for more
Tap
Actress Hong Soo Hyun and rapper Microdot are dating!
A Helpful Guide to NCT: Everything you need to know about SM Entertainment’s latest boy group
Scroll