K-EXCLUSIVE: Come Together With CNBLUE In Singapore!

K-EXCLUSIVE: Come Together With CNBLUE In Singapore!

BOICEs rejoiced in a great night with CNBLUE this past Valentine’s Day! Yonghwa, Jonghyun, Minhyuk and maknae Jungshin returned to the Singapore Indoor Stadium with their much-anticipated 2016 LIVE COME TOGETHER tour. 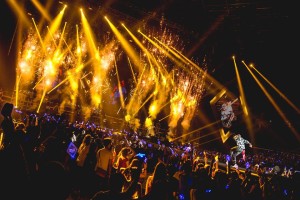 Known for their musical talents and high-energy live performances, CNBLUE is undoubtedly one of the most prominent bands in Korea. Over the two-and-half-hour show, the quartet charmed fans with a string of 21 hits – 19 of which were members’ compositions – and showcased some amazing vocals across a wide array of musical styles. 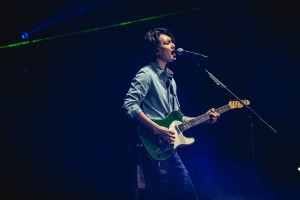 CNBLUE kick-started the phenomenal night on a high note with a stellar performance of their new tracks ‘Domino’ and ‘Hide & Seek’ from the latest album ‘2gether’. Just when fans thought the opening stage could not get any hotter, the boys turned up the temperature with a combination of fireworks and the classic hit, ‘I’m a Loner’ that sent fans into a trace and soaked in nostalgia. 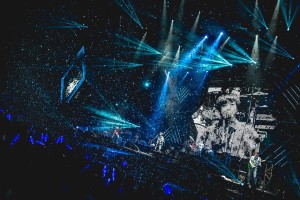 “Singapore is a beautiful place! With beautiful ladies and gentlemen” exclaimed Jungshin, who is really adorable when addressing fans in English.

Meanwhile, Yonghwa not only impressed everyone with his fluent English, fans were also marveled by his constant witty ad-libs and remarkable stage presence. 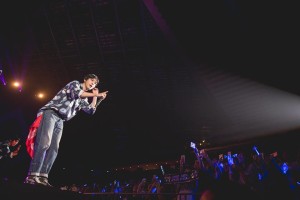 The busy vocalist was also seen switching from strumming the guitar, tinkering with his new toy – ‘synthesizer,’ to doing some impromptu beat boxing; whilst not forgetting to generate heaps of laughter in between sets or rallying the crowd with his impeccable vocals – “Are you having fun? Say yeahhhh! Singapore ohhhh!” 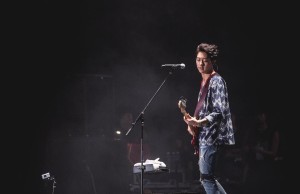 The CNBLUE leader is such a talented entertainer and seasoned performer!

The boys continued to fill the night and fans’ hearts with classic hits such as ‘Can’t Stop’, ‘Love’ and ‘I’m Sorry’, as well as the live editions of their entire new album including ‘Stay Sober’, ‘Hero’, ‘Footsteps’, reggae-influenced ‘Roller Coaster’ and Jonghyun’s beautiful rendition of ‘Irony’. 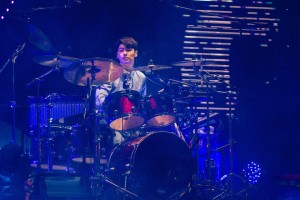 Yonghwa even did a parody of ‘Love’ and went “Love love love, everybody crab crab crab!” to profess his love for the signature crab delicacies from Singapore that garnered some roaring laughter. Who knew a rap and song of chili and pepper crabs can be so cool!

Meanwhile, during the performance of ‘Cinderella’, elated BOICEs whipped out their pre-prepared paper gold crowns. Yonghwa caught one and wore it as a sweet gesture of acknowledgement! 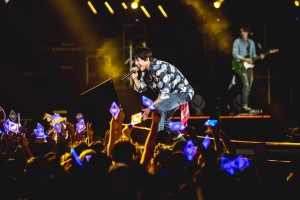 Almost no concert is complete without an encore, and CNBLUE’s encore was beautiful. The boys reemerged onstage in matching official concert tees and greeted by a sea of LED-lit pink and white balloons. Accompanying this concert hall that was brimming with love were CNBLUE’s lighthearted song choices for the last leg of the magical night, starting with ‘Try Again, Smile Again’. 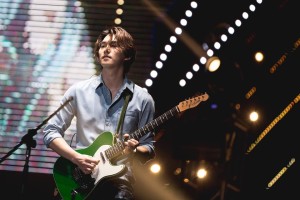 The next performance of ‘Love Light’ had to be one of the highlight moments of the night. The song is already a beautiful piece; coupled with Yonghwa’s improvised lyrics and sweet vocals as well as Jungshin’s romantic rapping, the tune certainly felt like feathers caressing ears and fluttering hearts! 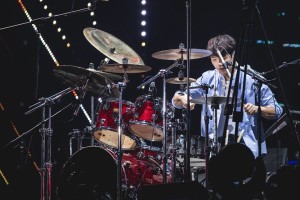 Wrapping up the night with ‘Hold My Hand’ and raining confetti, leader Yonghwa bid fans a heartening and temporary goodbye – “I promise I’ll come back here every year, forever”. 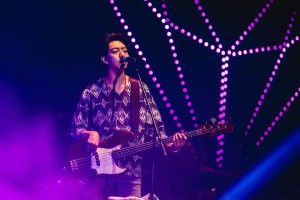 Overall, while CNBLUE’s concerts are seemingly atypical of a K-Pop gig, the plethora of stage effects, impressive LED stage displays and members’ remarkable musical talents certainly outweigh the short of dance performances.  It’s almost like the stage is a playground for the boys and they looked like they were having so much fun!

Officially Kmusic would like to thank ONE Production and FNC Entertainment for the special invite.