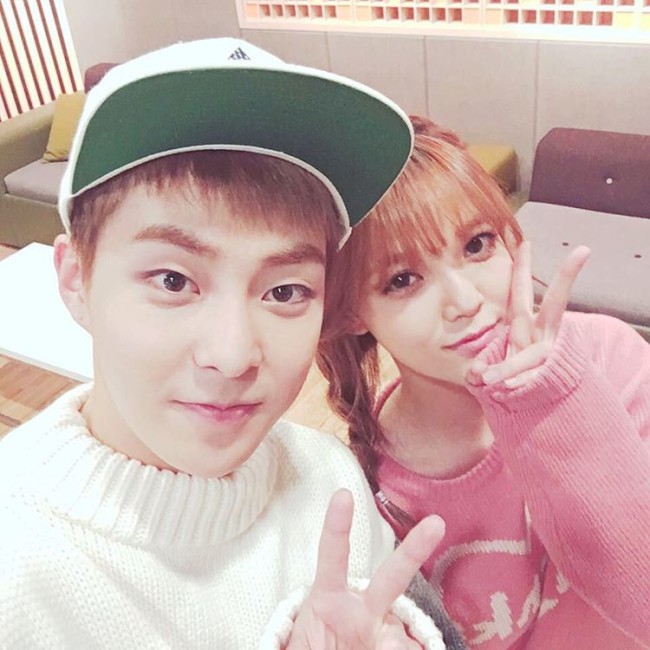 See the music video below and enjoy the cuteness of Jimin and Xiumin:

Through this music video Jimin shows us a different side of her than what we saw on ‘Unpretty Rapstar’ as she cutely flirts with Xiumin and the pair sweetly harmonize together.

At the beginning of the music video, Xiumin and Jimin are in a car and they smile shyly to each other before getting out while in the background the debut song of AOA Cream, ‘I’m Jelly Baby’ can be heard.

The song is very flirty as the girl talks about being pretty young and wild and that she wants to kiss the boy. Jimin is very straight forward in the music video while Xiumin is more shy and a bit awkward.

In an interview video, recorded prior to the release of the music video, Xiumin talked about how fun it was to work on their duet together. He said, ‘Especially since I’m always just working with guys, I’ve been really happy while making the music video and everything.’

I think the song is really cute and amusing and I love Jimin and Xiumin in it.

The song is really catchy and the music video has all those pastel colors that are usually seen in AOA’s music videos.

Did you like the music video? Let us know!

Officially KMusic brings you the latest updates of K-Pop, stay tuned with us!