That is right. Dal Shabet‘s Ahyoung, Serri and Subin have announced their departure from Happy Face Entertainment. 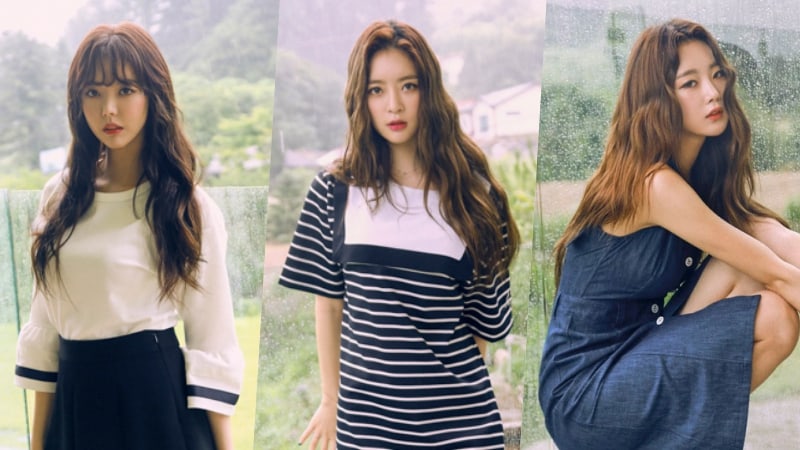 On December 14th, Happy Face Entertainment releases a statement saying “Ahyoung, Serri and Subin exclusive contracts are coming to an end. They all plan to leave the entertainment to venture out to take on new challenges which they were unable to do while being part of Dal Shabet. Even though they are leaving, this does not mean it is the end of Dal Shabet. Currently, all possibilities are still in place for Dal Shabet and so we are currently discussing with the members. We will notify once a direction has been decided on.”

Happy Face Entertainment have finished their statement by revealing they will continue to support the girls in the future and asks the fans to do the same as well.

Each member has also gone on Instagram to leave their messages to the fans. Ahyoung revealed that it was definitely not an easy decision to make. However, she says “I’m careful not to make this letter a final goodbye to Dal Shabet. It will be difficult to reveal that Dal Shabet has been struggling for some time Hut I will work hard on my personal promotions and will always join Dal Shabet when given the chance. I will work hard to repay so please look forward to it.” Meanwhile, Ahyoung will be signing with SidusHQ where she will pursue her acting career.

Leader Serri‘s letter says “My heart is heavy while writing this letter. I will be careful in talking about this new beginning. My contract had ended in October. There were many ups and downs in the past and it was difficult to see whether or not I did a good job as a leader. However, I would like to thank the fans for their continuous support which helped me get through my hard times. It was difficult for all three members to make this decision. Just because the contract is over, that does not mean that Dal Shabet will forever be leaving your side. We can’t promise you the day we will stand altogether, however, I want to say that one day the four members will unite once again before you.”

Finally, Subin says her thanks and gratitude towards the fans who continue to support them. She also thanks her members and the Happy Face family members. She reveals that this is not the end of Dal Shabet and asked fans to look forward to the future.

Officially Kmusic wishes all the best for Ahyoung, Serri and Subin in their future endeavours.