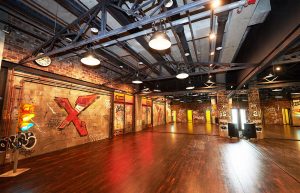 In September, YG Entertainment and YGX had announced that they would be establishing a new academy specialised in dance and vocal training, located near Hongik University. Over the past few weeks, X Academy have been hyping up the public by releasing dance teasers featuring various YG Entertainment artists – including WINNER’s Seunghoon, iKON’s Donghyuk and BLACKPINK’s Lisa

The company had plans to open an educational facility for dance and vocal since 2008; establishing a space that’s not just for YG Entertainment‘s main agency, but also for the subsidiary labels like The Black Label and YGX. X Academy will articulate the company’s culture and experience that had been accumulated over the past 22 years based on dance and vocals. Hence, this would provide its students with the best training system.

During the press conference, YG Entertainment‘s co-CEO Kim Woojin stated that X Academy is different from existing dance and vocal institutions. It would be offering the know-how knowledge and experience accumulated in YG over the 22 years. At X Academy, lessons will be conducted by professional instructors – such as HITECH and CRAZY, who previously worked with BIGBANG, WINNER, iKON, and BLACKPINK. In addition, the best vocal trainers from the label will also participate in delivering the classes. 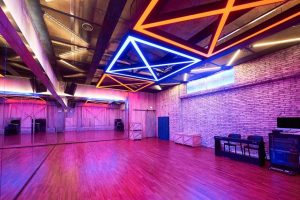 The class structure is divided into three categories: Class Y, Class G and Class X. Class Y will be available to anyone. Meanwhile, Class G will be for students who want to become trainees or professional dancers. Only a small portion of highly talented students from Class G will advance to Class X. This is where YG Entertainment‘s CEO Yang Hyun Suk will evaluate and select the new trainees.

Furthermore, in regards to the tuition, the CEOs stated, “X Academy will be in the middle range compared to other dance-vocal academies in the same market. We want to offer state-of-the-art facilities at a reasonable price.” Students who get promoted to Class X will be exempt from having to pay the tuition.

X Academy officially opened their doors on October 13. American leading dance crew Kinjaz will teach the first lesson in the form of a special lecture. They have made contributions to the choreography of iKON and WINNER in the past.

What do you think of the establishment of X Academy? Let us know in the comments below!