Fans have been anxiously waiting for news on Seo Kang Joon‘s newest drama, the Korean remake of ‘Entourage‘ and tvN has been delivering  A couple days ago they released their first video teaser and first poster and now they have released an additional group image along with some fun individual character teasers that give fans an inside look at their personalities!

Check out the group teaser and character teasers below: 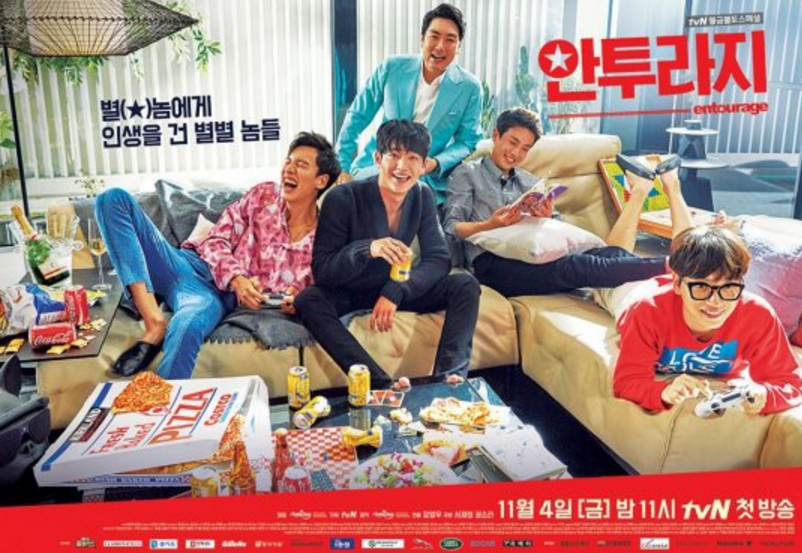 Jo Jin Woong playing the representative agent of the star management company his quote fits perfectly stating: “First you make the star, then you make the real actor. That’s my strategy!” 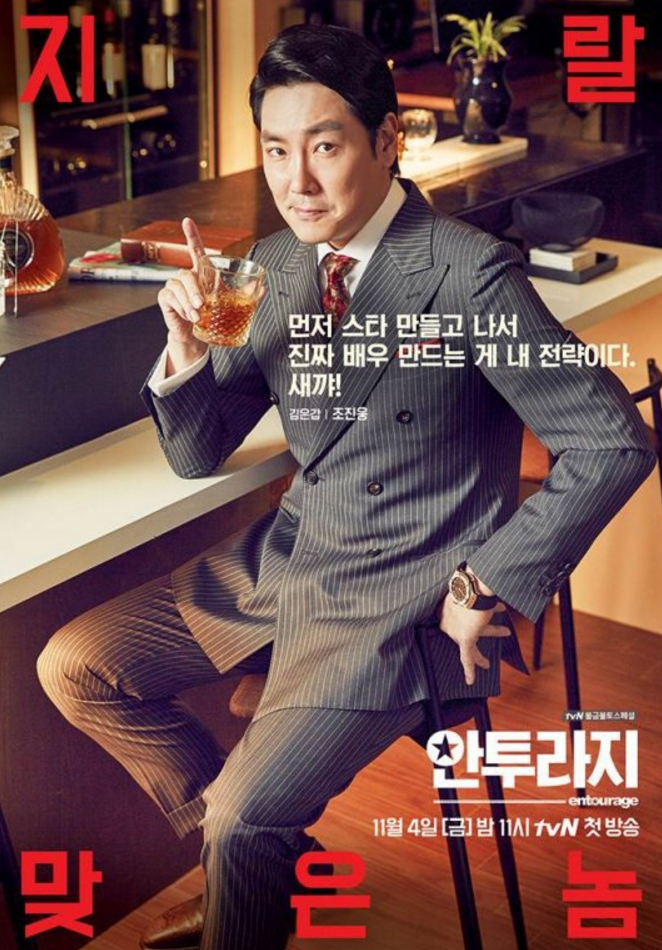 Next up is the star Seo Kang Joon, playing the leading man Cha Young Bin, the current it boy and rising actor! His poster states: “It’s all about enjoying the the best life. I’m telling you, it helps with acting?”

Park Jung Min is next playing the manager of Youngbin and childhood friend of Lee Ho Jin, who once dreamed of becoming a film director. His poster says “I don’t know if I’m working as a manager, or cleaning up after my friend.” 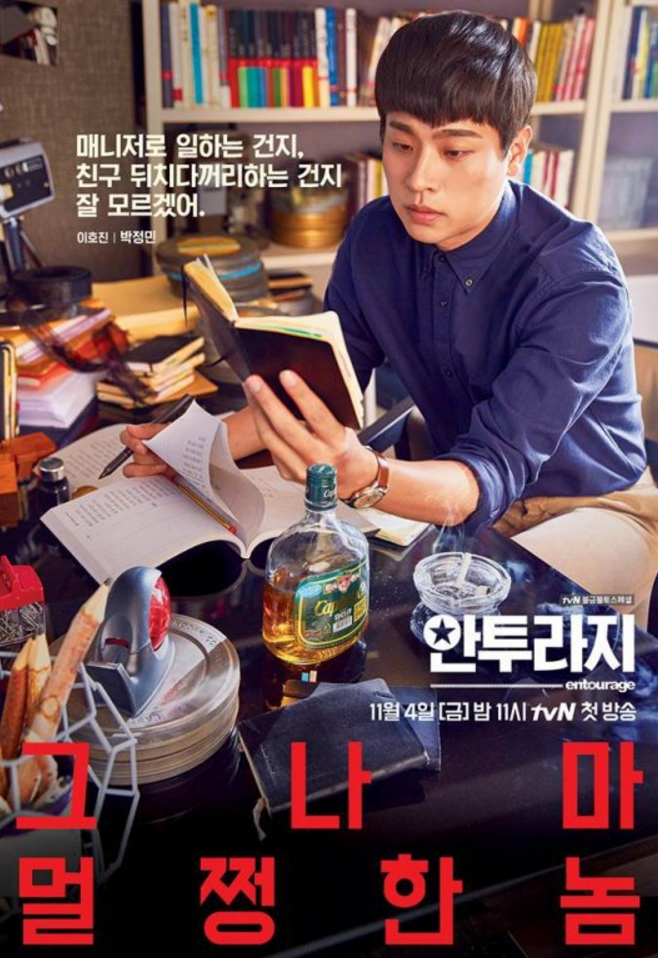 Next is Lee Dong Hwi who is playing Turtle, the cutie and joker of the friend group but doesn’t quite understand woman. His poster has the phrase, “I’m not just an unemployed bum. I give young Bin rides and I go places with him! Right?” 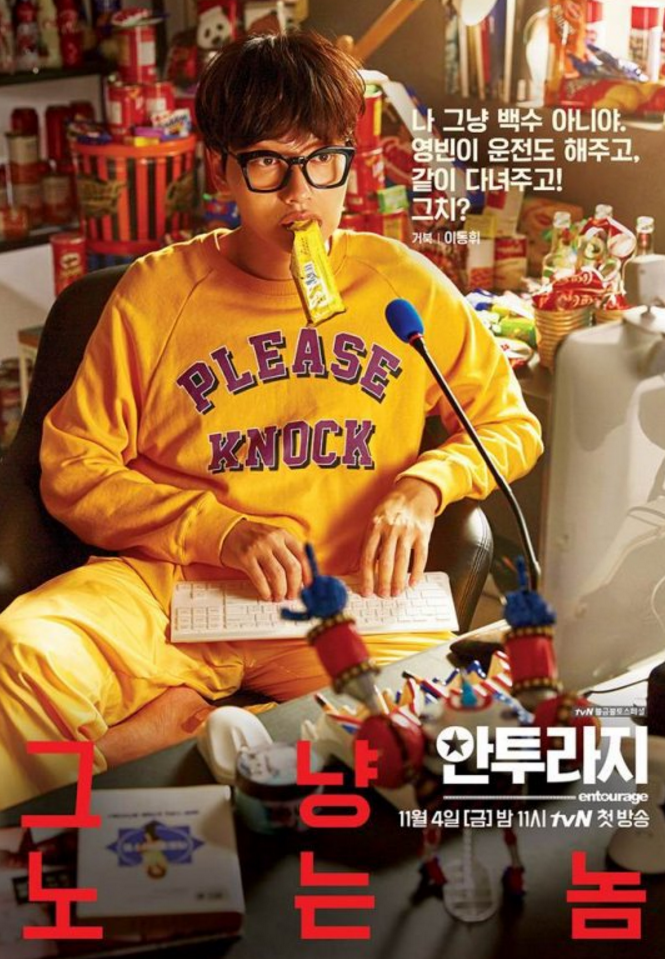 And last but certainly not least, Lee Kwang Soo who plays Cha Joon a has been who was an extremely popular member of a 90’s boy group. His poster has the quote, “Back in the day, I was just as popular as H.O.T and Sechs Kies, you know?” 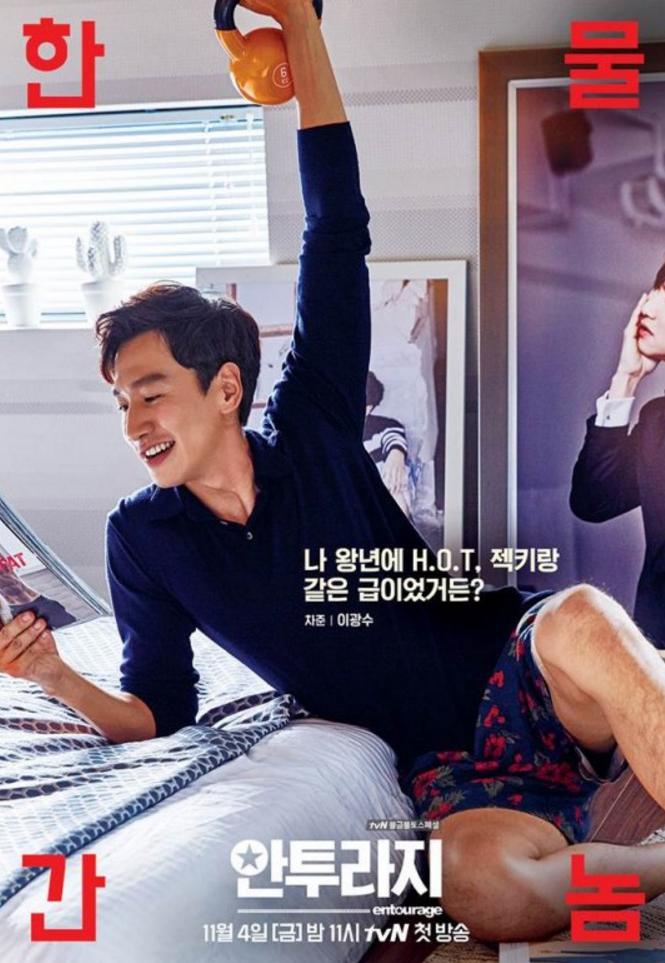 Be sure to check out ‘Entourage‘ coming to the small screen November 4th!

Are you excited for the new drama? Let us know in the comments below!

Be sure to follow Officially KMUSIC for all the latest K-Drama news!

Scroll for more
Tap
24K Teases Fans For Their Comeback!
Super Junior’s Ryeowook Is Off To The Army!
Scroll
Loading Comments...