While the wait goes on for an EXO comeback, fans can take some comfort in the next Station x 0 release.  EXO‘s Chanyeol and Sehun will be pairing up to release ‘We Young‘.

They made the announcement via Instagram just days ago and since then have released a new and colourful teaser image as well as another Instagram post.

The song is a much-anticipated, long-awaited release for EXO-Ls, as the pair performed the song on stage back in July at ‘The ElyXiOn [dot]‘ in Seoul.  The song will be released through SM Entertainment‘s Station x 0 project on September 14.

In the teaser image that has been released, both Chanyeol and Sehun are suited up and sitting in a colourful room.

Take a look at the cute teaser image for ‘We Young’ 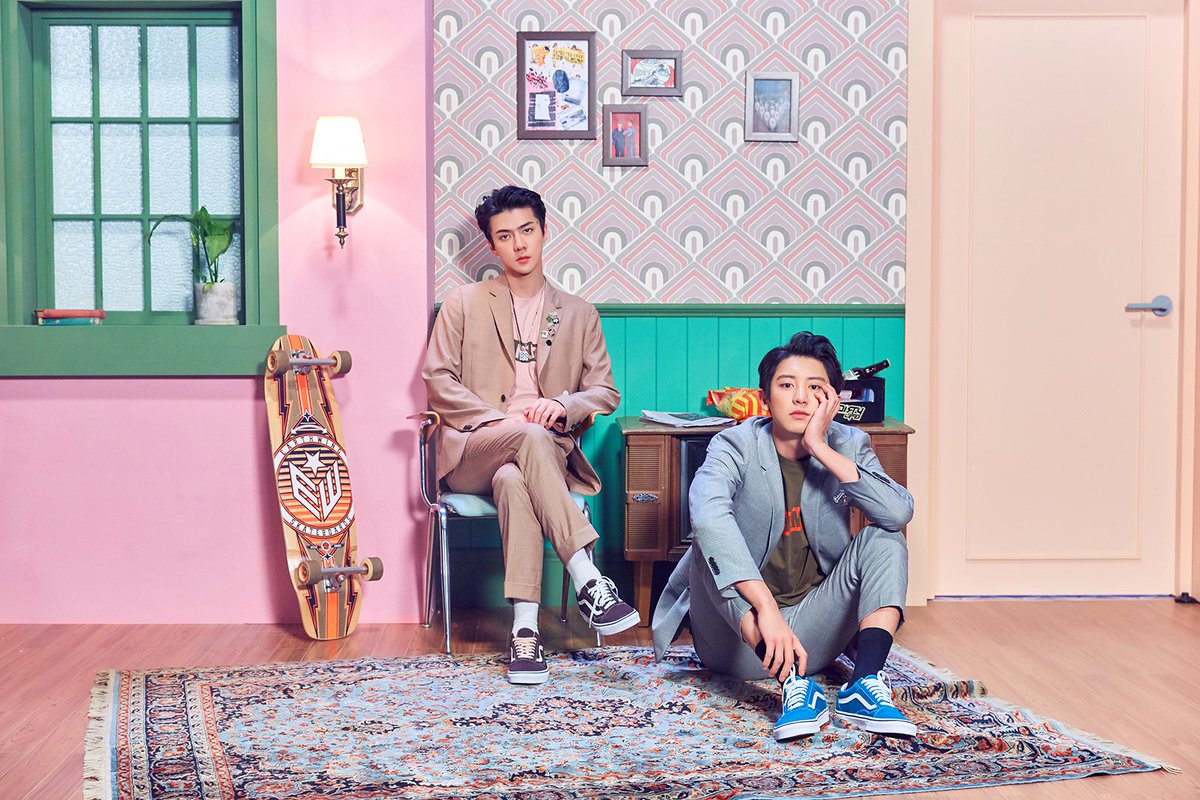 Check out Chanyeol and Sehun announcing ‘We Young’

Chanyeol‘s and Sehun‘s collaboration track ‘We Young‘ is scheduled for release on September 14 at 6pm KST.

This release comes after Baekhyun‘s and Loco‘s release for Station x 0 ‘Young‘.

What do you think of the news of the collaboration track ‘We Young‘ from Chanyeol and Sehun?  Have you been lucky enough to hear them perform at live?  Let us know your thoughts in the comments below.