Fact Or Hack? No More Jessica In SNSD!?

Fact Or Hack? No More Jessica In SNSD!?

So far 2014 has been the year from hell for K-Pop fans and it now there is a chance that it is about to get a whole lot worse.

Jessica from Girls Generation / SNSD posted on her personal Weibo account that she was kicked out of the group!

She posted the following:

“I was excited about out upcoming fan events only to shockingly be informed by my company and 8 others that as of today, I’m no longer a member. I’m devastated – my priority and love is to serve as a member of GG. But for no justifiable reason, I am being force out.” 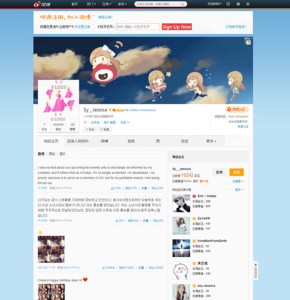 This comes as a surprise to many, when it was announced earlier that the group had renewed their contract for a reported 7 years. But before SONES and fans gather their pitch forks and torches and storm SM Entertainment head quarters, it is important to remember the internet is full of trolls and it is entirely  possible that her account was in fact hacked.

Nothing is know for sure at this time but we will continue to monitor and report details as they become available. Stay with Officially KMusic for all the latest in Korean music and news.