It looks like EXO‘s Chanyeol is up next to do a global collaboration!

Far East Movement recently confirmed on their official Instagram that they will be releasing a new song titled ‘Freal Luv’ for their upcoming album, ‘IDENTITY,’ which will release on October 21st. The hip-hop EDM group will be working with big names for the song and will feature Marshmello,  Tinashe, and EXO’s Chanyeol! Be sure to check out the album when it drops! 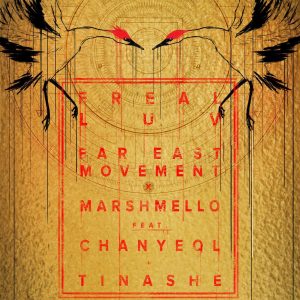 Check out the video here:

What are your thoughts on this collaboration? Let us know in the comments below!