First Teaser And Poster For Korean Version Of “Entourage” Has Dropped!

First Teaser And Poster For Korean Version Of “Entourage” Has Dropped!

The teaser introduces the actors and while completely in Korean, international fans can still watch the anticipated drama and get to know the newly adapted characters themselves. The poster is super fun, featuring the stars rolling out the red carpet, and shows fans what they can expect from the show!

The drama is set to premiere November 4th and will be taking over the time slot of Cinderella and The Four Knights. 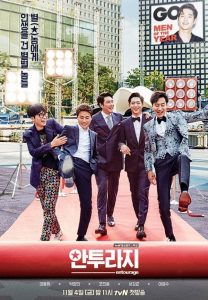 And the teaser video:

Are you excited about this drama adaptation? Let us know in the comments below!