The First Line Up For The 2017 ‘Gaon Chart Music Awards’ Are Revealed!

The First Line Up For The 2017 ‘Gaon Chart Music Awards’ Are Revealed!

The first round of artists to appear at the event was recently revealed by the Korea Association of Music Content. The line up for now includes: SISTAR, EXO, MAMAMOO, GFriend, TWICE, SHINee’s Onew, Han Dong Geun, BewhY, Bolbbalgan Sachungi, and Dean. 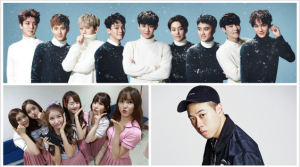 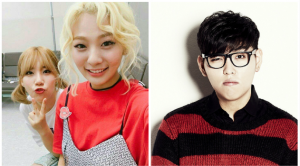 Stay tuned for more updates and be sure to follow Officially KMusic for all the latest news in Korean entertainment!