Rumours of Girls’ Day member Hyeri being in a relationship with actor Ryu Jun Yeol have been confirmed by the actor’s agency. In an official statement C-JeS Entertainment affirmed that the pair had become a couple, saying “Ryu Jun Yeol‘s relationship with his close friend Hyeri has recently progressed into a romantic one. We are sorry for surprising fans with these dating reports.”

The company also asked fans of both Ryu Jun Yeol and Hyeri to “watch over the couple warmly” as their relationship is still in its early stages. 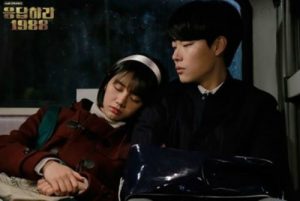 Ryu Jun Yeol made his debut in the 2015 film ‘Socialphobia‘, whilst Hyeri debuted as a member of Girls’ Day in 2010 before landing a role in the 2012 drama ‘Tasty Life‘. The pair met when they were both cast in ‘Reply 1988‘ in which both played main characters. Ryu Jun Yeol was cast as Kim Junghwan and Hyeri played the leading role of Sung Duk-seon.

We wish the happy new couple nothing but the best! Congratulations Hyeri and Ryu Jun Yeol!

Follow Officially Kmusic to keep up to date with the latest news in Korean entertainment!