GOT7 Tops iTunes Charts Around The World!

GOT7 Tops iTunes Charts Around The World!

GOT7’s latest comeback with ‘Flight Log: Arrival‘ and title track, ‘Never Ever,’ has been slaying the charts since it’s release on March 13th. 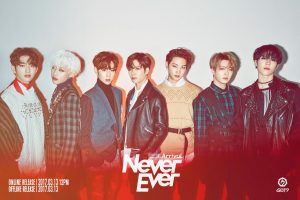 Since being released, the album has ranked #1 on the iTunes album charts in six countries. This includes, Hong Kong, Indonesia, Malaysia, the Philippines, Thailand, and Vietnam. In Finland, Norway, Singapore and Taiwan the group ranked #2 and is ranked 3rd in Macau, 4th in Sweden, and 5th in the United States. The title track ‘Never Ever’ which dropped on the 13th, topped the real-time charts of major Korean music sites such as Mnet, and Genie.

These rankings just go to show the popularity of GOT7 and the love of aghases from all over the world! The group not only succeeded overseas but domestically as well. There were 220,000 copies of the pre-orders alone!

Congrats to GOT7 on such an epic achievement!