Officially KMusic would like to wish Han Seungyeon a very happy birthday! 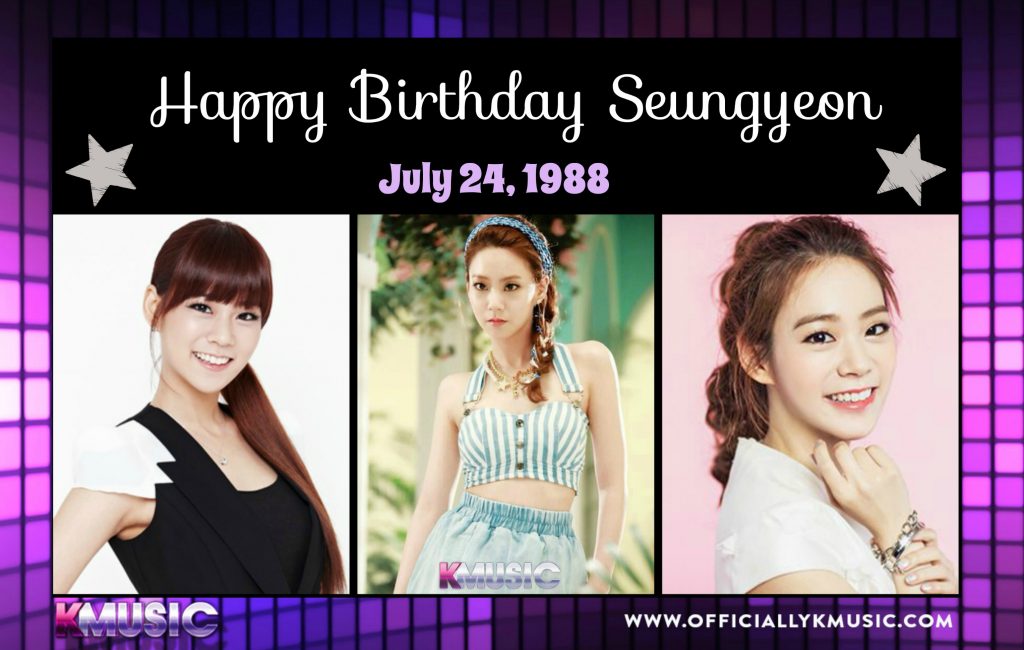 -Han Seungyeon was born on July 24, 1988 in Seoul, South Korea.
-She debuted as a singer on March 29, 2007 as a member of the girl group KARA.
-During her time with the group she passed a high school qualification exam, the College Scholastic Ability Test, and  was accepted by Kyung Hee University, majoring in theater and film.
-In 2016 she joined J,WIDE Company.

Scroll for more
Tap
Nexon’s Voice Actress Kim Jae-yeon Is Replaced Over What She Wore!
Boys Of SNUPER Unfold Their Playful Image For Zenith Global!
Scroll