Officially Kmusic would like to wish Hyoseong of SECRET a very happy 27th birthday. 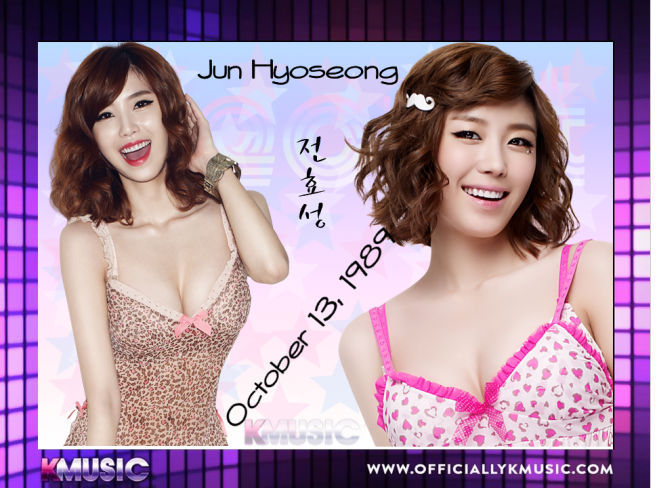 Her birth name comes from the Korean word for “meteor” (유성).

She helped her family when she was little by delivering newspapers every morning before school.

While in middle school, she had part-time jobs to help pay for trips to Seoul for auditions, despite her parents being against it at first.

She was part of Five Girls when she was with Good Entertainment.

Part of her leaving was due to her father being ill at the time and she thought she was needed at home to work.

After her father’s passing was when she signed with TS Entertainment.

She made her solo debut in 2014 with Top Secret.

Stayed tuned to Officially Kmusic as we bring you the latest in Korean Entertainment!