‘Hard Carry’ Is 19 Million And Counting!

‘Hard Carry’ Is 19 Million And Counting!

It has been just slightly over one month since GOT7 came out with ‘Hard Carry (하드캐리)’ the title song from their TURBERLANCE album. This album is the second in the FLIGHT LOG series and already it has surpassed 19 million views!

Very few groups have been able to reach this number in a short period of time, but GOT7 has proven that they are just good at what they do.

So, how does that stand up to some of their other songs?

Debut: ‘Girls, Girls, Girls’ currently is only at 34 million plus views and was released in January, 2014.

‘Stop, Stop it’ currently is at 31 million plus views and was released in November 2014.

‘If You Do’ currently is at 54 million plus views and was released in September 2015. 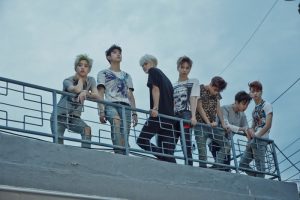 ‘Just Right’ currently is at 78 million plus views and was released in July of last year.

‘Fly’ which is from FIGHT LOG: DEPARTURE and is only 7 months old currently has 32 million views.

That means of these songs listed, (including ‘Fly’), ‘Hard Carry,’ will be the “hard carry,” for GOT7.

Are you happy to read this news? Comment below and let us know.

Want to watch it again? Just watch it below!

Stay tuned to Officially Kmusic as we bring your latest in Korean Entertainment!