A while ago, Director Ryoo Seung Wan (who also directed ‘Veteran‘) had confirmed Actors Hwang Jung Min, So Ji Sub, Song Joong Ki, and Singer/Actress Lee Jung Hyun as the leading stars of his next film ‘Battleship Island.’

On June 23rd 2016, CJ Entertainment confirmed and stated that they have, “started filming on June 17th at Chungju in North Chungcheong province, beginning with the scene where Lee Kang Ok, played by Hwang Jung Min, is begging to be given a job in Japan.”

The highly anticipated film ‘Battleship Island‘ tells a tale of about 400 Joseon people attempting to flee Hashima Island after being drafted by force, during a crisis. The film is described as an untold story that will gather interest in an important period in history. It will portray the unknown history behind the actual Hashima Island, also known as Gunkanjima or Battleship Island, where thousands of unwilling Joseon people were forced to work to death during the Japanese colonial era. 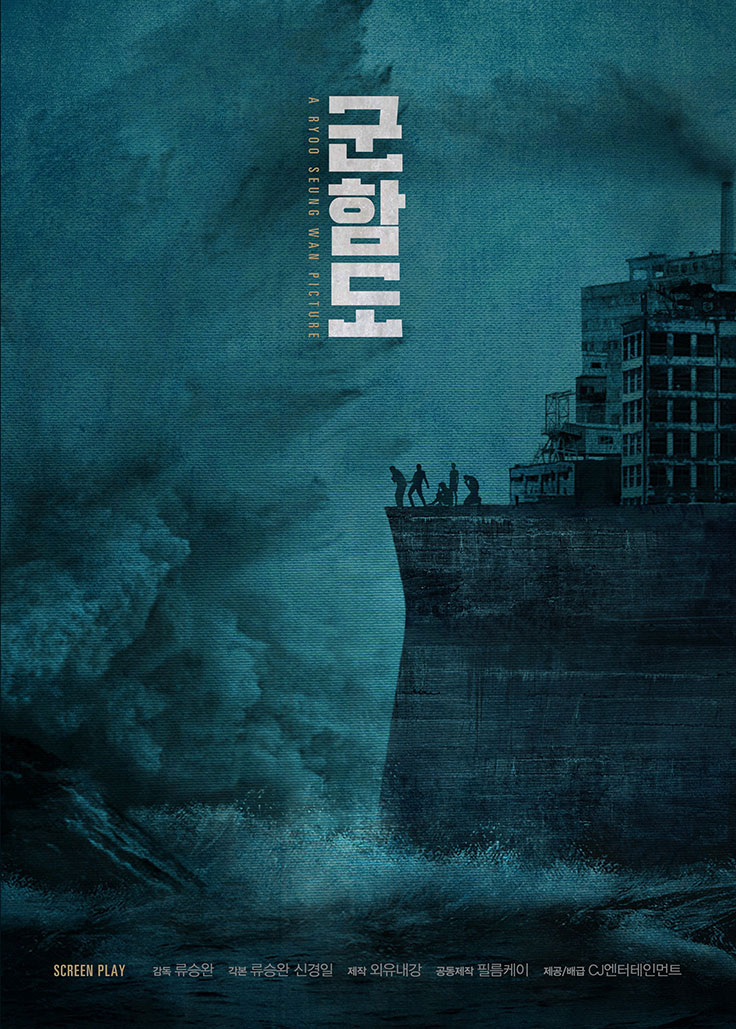 Hwang Jung Min will play the role of Lee Kang Ok (as previously mentioned), a captain who is deceived after delivering the ship to Japan, in an effort to protect and give safety to his daughter. This film will be the second time the actor will be working with Director Ryoo Seung Wan.

So Ji Sub will play the role of Choi Chil Sung, Gyeongseong‘s best fighter who brought peace to the entire Jongno district. (Gyeongseong is also known as Keijo which refers to Seoul’s old name whilst under Japanese colonization).

Song Joong Ki will play the role of independence fighter Park Moo Young; he leads freedom fighters to infiltrate the warship and help rescue significant figures of the independence movement against imperial Japan.

Lee Jung Hyun will play the role of Mal Nyun, a Joseon woman who was forced into coming to the island.

In regards to how filming is going, Director Ryoo Seung Wan says, “I’m happy because the first filming went smoothly, similar to flowing water. It’ll most likely become difficult, but I believe that we will continue making good progress as we continue.” Hwang Jung Min says, “This is only the beginning. I hope that the project will end smoothly since it is a big project. I am not too worried because the director, and much of the staff, are colleagues I have worked with before. I’m excited because our first shoot ended well and as we continue, I will forsee more about who Kang Ok is.”

‘Battleship Island‘ is slated to premiere sometime in 2017 in South Korea.