INFINITE fans have one good reason to celebrate this week!

INFINITE holds a mega fan meeting in every two years. According to the Woolim Entertainment‘s announcement on 24th of January, Korean boy group’s next mega fan meeting named “INFINITE Gathering 3” will be held at Seoul’s Jamsil Indoor Stadium on 3rd and 4th of March, 2017.

Aim of this fan meeting is to get close with INFINITE’S loyal fans ‘Inspirits’ like more than ever. During the event boys will be communicating with the fans while granting their wishes.

For the official fan club members, tickets for the event will be available from 1st of February via Interpark and for the public, tickets will go on sale from 3rd of February. 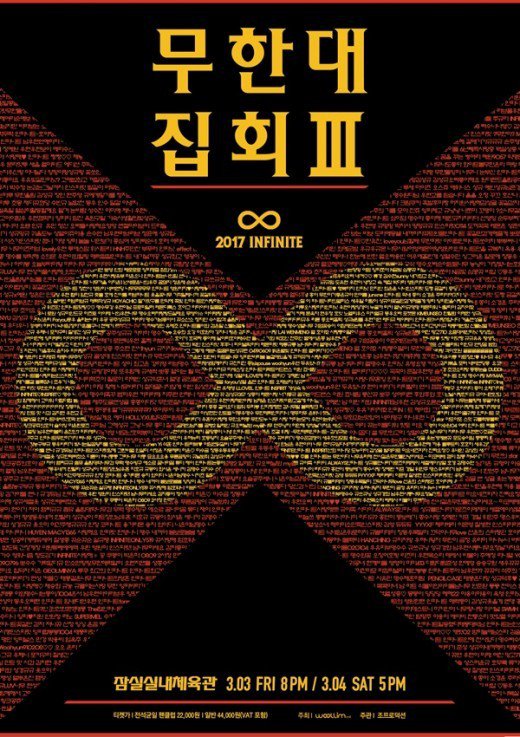 INSPIRITS, are you ready for the INFINITE Gathering 3? Let us know in the comments section below.