INFINITE has revealed what the group looks like with the remaining six members.

The group revealed their first full-group profile image since the departure of Hoya in August this year. Take a look below! 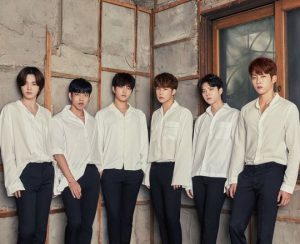 The image, which was posted INFINITE‘s official homepage, shows members Sungjong, Dongwoo, L, Sungkyu, Woohyun and Sungyeol in black dress pants and white shirts leaning against the unfinished wall of a room.

INFINITE have also confirmed their commitment to appearing at the ‘2017 Hong Kong National Youth Festival‘ on October 2. Following Hoya‘s choice to leave the group, the remaining members of INFINITE have had to modify the choreography to their existing songs in order to present their best possible performances at the festival.

In a V Live broadcast earlier this month, INFINITE hinted at a possible comeback before the end of the year. Whilst nothing has been confirmed by Woollim as of yet, this new profile image should fill Inspirits with hope!