Born in Bucheon, South Korea, Choyoung’s music career took off at the tender age of five. She had her start performing in Korean traditional musicals and was also a member of her church’s choir.

Choyoung began her professional career with her R&B band SoulClef in 2010. Before leaving Korea in 2011, Choyoung had already performed at several gigs, released an album, and had worked with famous Korean musicians such as Kim Do Hyang, Jang Yoonju, and JK Kim Dong Wook. 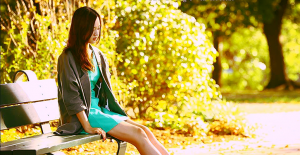 Choyoung decided to study jazz in the United States after she received private lessons from Sunny Kim, a jazz artist. Choyoung applied and was accepted to Berklee College of Music in Boston, Massachusetts.

Since graduating, Choyoung currently performs in Korea and the United States with her project band MusiCoreAmerica. In April 2016, she released the single album ‘MusiCoreAmerica’, featuring the songs ‘Our Thing’, ‘Anymore’, and ‘Black Music’.

On August 2, Choyoung releases the teaser for her upcoming track ‘What is Your Color?’.

Choyoung’s soulful harmonies are warm and remind me of autumn, which is quickly approaching. The accompanying piano, sounds like a music box, and it adds a sense of youth and mystery as Choyoung asks, “What is your color?”

Choyoung is a hidden gem, and I am excited to see where she goes as she grows and experiments as a musician!

Have you listened to Choyoung’s music? What are some of your favorite songs by her?

Stay tuned with Officially Kmusic for more news about your favorite Korean stars!