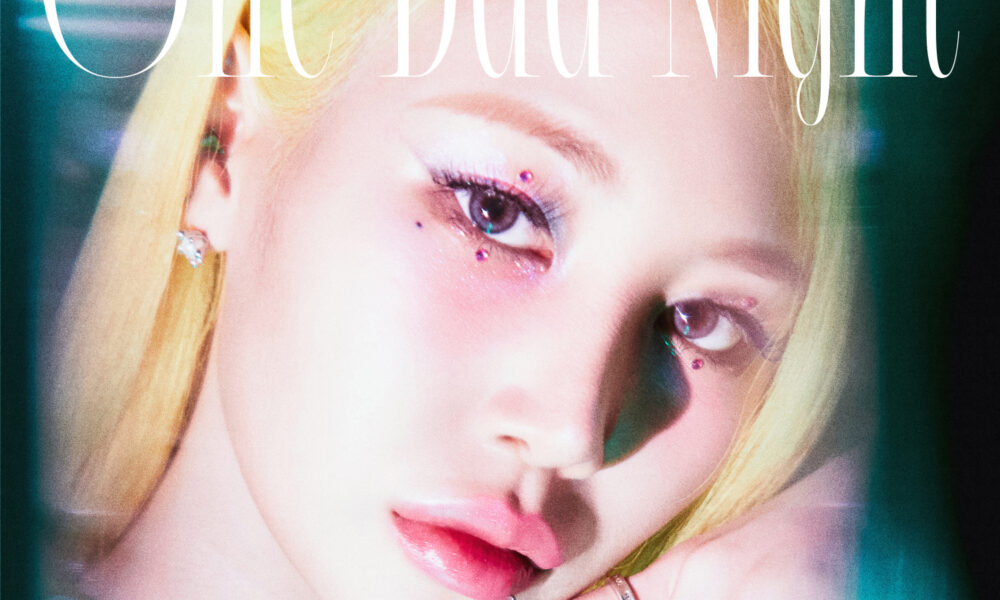 Singer-songwriter JAMIE is back with her first full EP in over four years. One Bad Night features five tracks, including title song “3D Woman,” of which the music video was also released today.

“3D Woman” is a blend of JAMIE’s strong vocals over a trap infused beat, creating an unforgettable audio-sensory experience. After coming out as a solo, JAMIE has shed her previous girl-next-door persona, becoming a more empowered, edgy, mature young woman. Such is apparent with this song and EP, highlighting the singer’s confidence in herself and her sensuality.

Aside from “3D Woman” are songs “GIRLS,” “In My Bag,” “Bedtime Story,” featuring GEMINI, and “Honesty (0822).” “GIRLS” is the perfect song for a night out clubbing, with a heavy and consistent bassline, a steady chorus, and a spirited verse. Similarly, “In My Bag” boasts a rhythmic beat with just a slightly slower tempo, carefree lyrics, and an almost aggressive delivery to portray a strong-minded woman. Slowing things down, “Bedtime Story” shows off more of JAMIE’s vocals with its R&B instrumentals and GEMINI’s verse adding on to the groovy, late-night ride vibe. Finishing off the EP is “Honesty (0822), a soft song featuring piano and guitar instrumentals with JAMIE’s enchanting vocals. This emotional song creates the perfect ending to a fun-filled album, almost like waking up after a night out.

JAMIE first stepped into the limelight in 2011, when she joined the competition show “K-Pop Star” as Jimin Park. From there, the vocalist signed with JYP Entertainment and debuted in the powerful vocal duo 15& along with Yerin Baek. In 2020, JAMIE signed on with Warner Music Korea, and announced that she would be promoting as JAMIE from that point on, rather than Jimin Park. Since then, she’s released several songs and collaborations, including “Numbers,” featuring Changmo, “Apollo 11,” featuring Jay Park, “No Numbers,” featuring Jmin, and even a remixed version of “Best Friend” with Saweetie, Doja Cat, and CHANMINA. In 2022, JAMIE released English single “Pity Party,” which currently has 4.5 million views on YouTube.

Make sure to listen to JAMIE’s One Bad Night EP on all streaming platforms now, and check out the music video above!