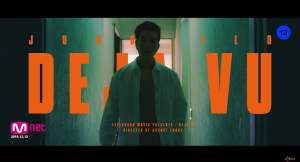 It looks like Korean American rapper, Junoflo from ‘Show Me The Money 5‘ will finally be making his Korean debut!

His debut single, ‘Deja Vu‘ was produced by well known producers Big Banana and Tiger JK. Junoflo recently signed a deal with Feel Ghood Music Entertainment, the hip-hop label under Tiker JK. He is a part of the ‘Good Life Crew‘ which includes fellow label mate and SMTM5 rapper, Superbee. The debut single is a hip hop song in which Junoflo talks about love in his own way. He will be debuting with the single on December 14th!

Tiger JK and co-founder of Feel Ghood Music, Yoon Mi Rae showed Junoflo some love on Instagram by posting the teaser video on their pages. Check out Yoon Mi Rae’s post about it below:

Follow Officially KMusic for all the latest news in Korean entertainment.