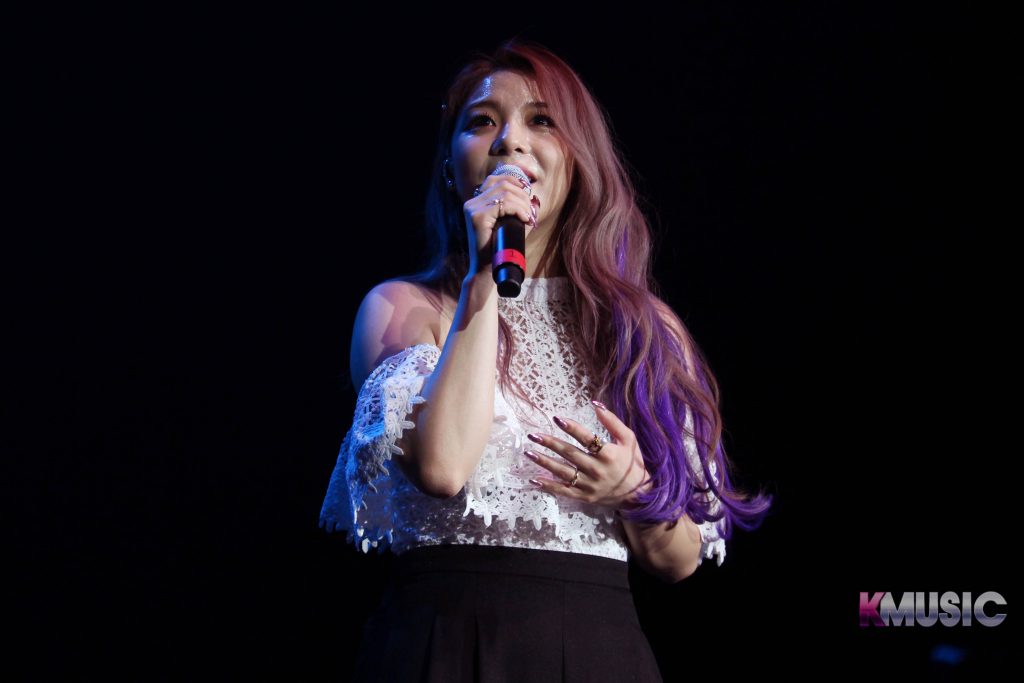 Often dubbed one of the best power vocals in kpop, it’s no surprise that an Ailee concert not even two hours long was enough to leave a lasting impression on anyone. On June 22, the vocalist held a concert at the Fantasy Springs Resort and Casino in Indio, CA, and left fans falling in love with her all over again.

Starting off strong despite a short delay caused by a nearby traffic accident, Ailee kicked off the show with hit songs U & I and Don’t Touch Me. She made sure to greet the crowd with high energy, and even switched often between Korean and English to ensure everyone could understand her. Although the show began with two powerful, upbeat songs, the singer made sure to slow things down in between with ballads such as Singing Got Better, and her award-winning OST from drama Goblin, I Will Go To You Like The First Snow. Aside from ballads and upbeat pop songs, Ailee also performed songs such as Jealousy, which was originally a collaboration with Gummy, and Home, which originally features MFBTY’s Yoon Mirae. 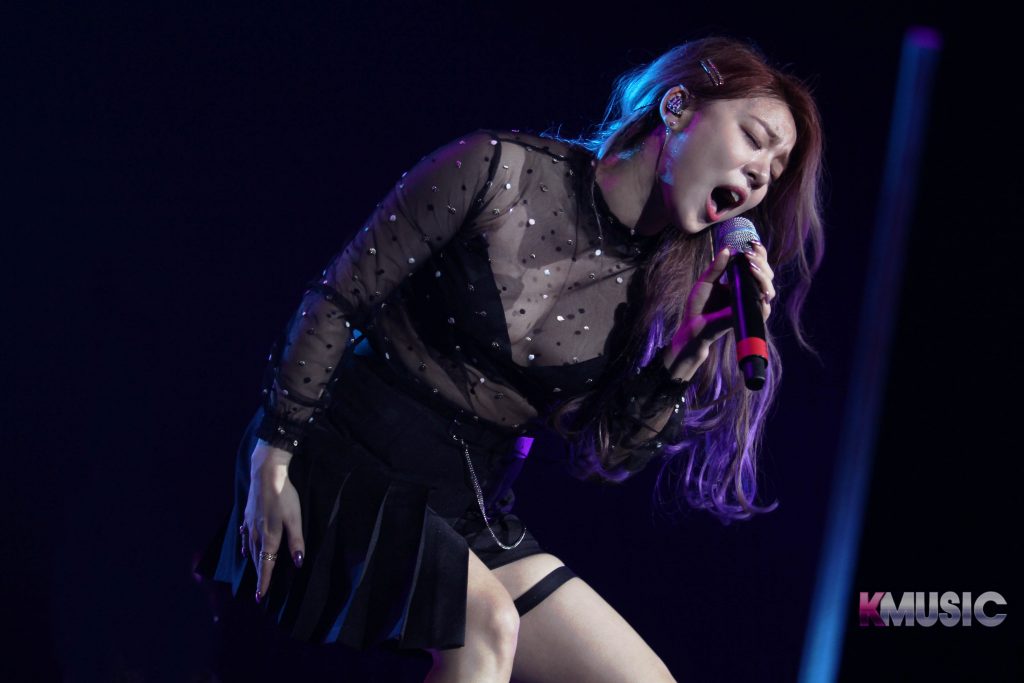 Ailee also surprised fans with a performance of a new song titled Heart Crusher from her upcoming album, Butterfly, which was an all-English pop song with a catchy beat and dance. As the show neared its end, Ailee announced her closing song as one of her biggest hits I’ll Show You. Shortly after she left the stage, however, amidst chants from fans for an encore, Ailee reappeared to perform three last songs, which included Atmosphere, an EDM remix of her song Heaven, and an EDM mashup of several of her top songs. 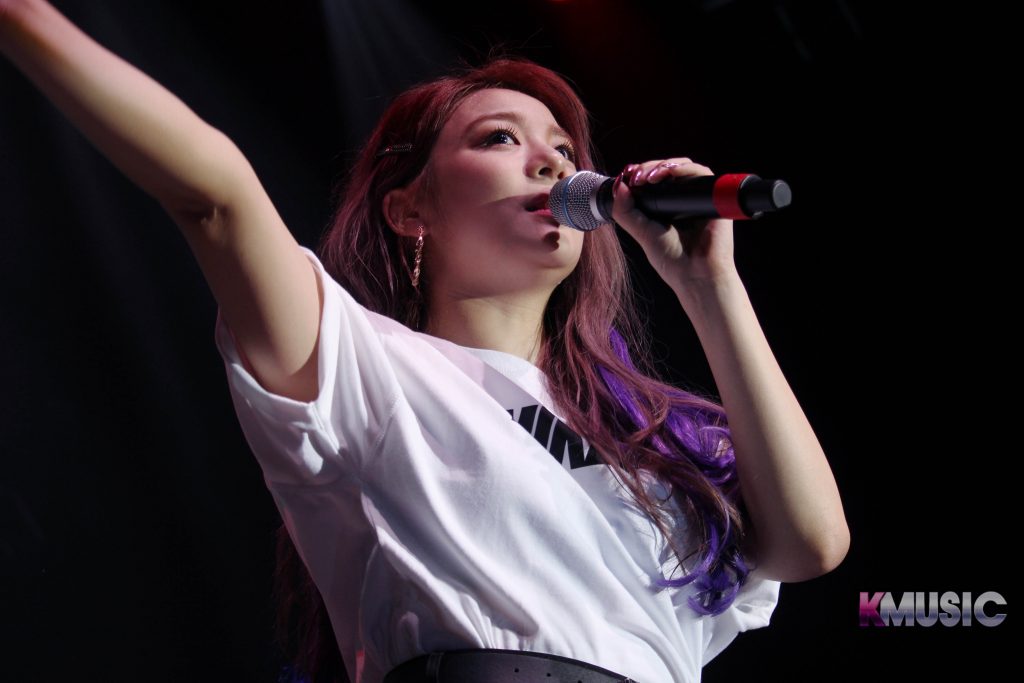 Although the concert was short, fans were more than satisfied with the performance that showcased all of Ailee’s talents. From her strong vocals to her on-point dancing, it’s no surprise the venue was fully packed for the show. Make sure to head to our Facebook page to check out more photos from the night, and special thanks to JSJ Entertainment for allowing us to attend the concert!