K-EXCLUSIVE: G-Dragon in Paris: The Artist, The King

K-EXCLUSIVE: G-Dragon in Paris: The Artist, The King

G-Dragon brought his tour ‘ACT III: MOTTE (Moment of Truth the End)‘ to Europe this September. European fans were able to see his amazing performances during incredible two-hours-plus long concert in five cities across the continent.

For this tour G-Dragon wanted to bring to life his other true self: Kwon Ji Yong. Perhaps feeling that many of his fans might forget about this real name of his – remembering him only as G-Dragon, the leader of BIGBANG – he also recently released a solo album titled Kwon Ji Yong. And so during this tour he introduced his solo songs released as G-Dragon as well as songs he released as Kwon Ji Yong, showing his fans both sides of himself. 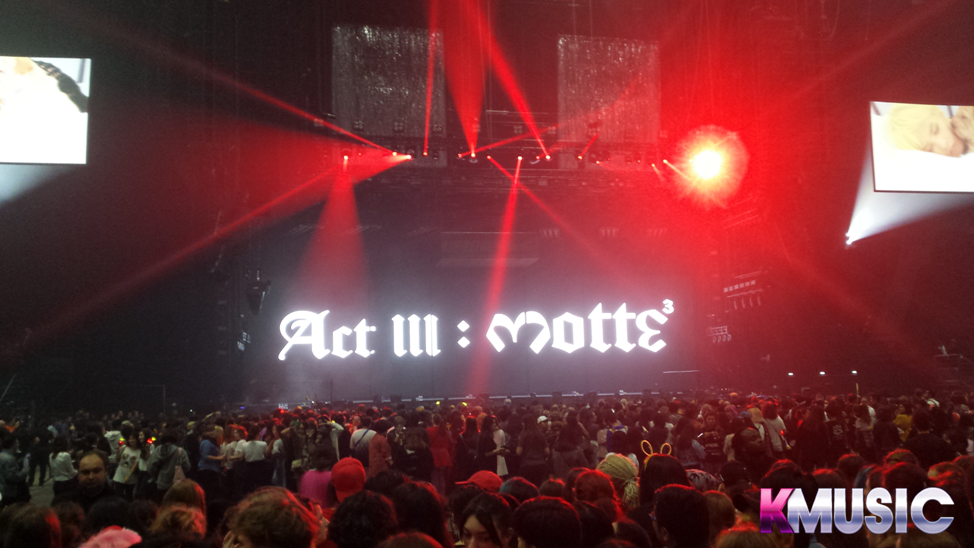 The whole concert was mainly in red. Not only the hair of the singer, but also his clothing and the lighting were primarily red tones, reminding the fans of that newest solo album’s format – a USB drive painted red that remained on your fingers when you touched it. This alone was a meaningful choice, as it seemed the artist wanted to say he hopes the songs will imprint themselves on the listeners, just as the color did. The use of the colour somehow gave the concert a very secure feeling of the familiar, yet it did not lack power or excitement.

What surely lingered in fans memory as well were the stage effects – not the stereotypical millions of white, silver and gold paper pieces flying through the air at the finale of a show, but the panel that lifted the singer meters above fans’s heads, or the backup dancers being hung from the ceiling during a song, seemingly flowing in the air behind a huge plastic curtain meant to represent water. These unique and at some points breathtaking effects made the concert what it was – a night to remember for the rest of your life.

The transitions between songs were done very nicely and one had to wonder how they were able to change the stage settings so quickly. In fact, the stage itself was pretty simple but the effects made it look like an entirely new set for each of the songs performed. The camera work together with two huge LED screens showing the artist brought the fans closer to him in a blink of an eye. This alone deserves a big thumbs up as it created an awesome experience for the fans.

G-Dragon made sure the whole concert was performed to perfection. One could tell how much he enjoyed being on stage and meeting his fans in Paris. We must give him credit for also performing almost twenty songs in a row, without really any breaks, before finally greeting the packed venue during a ment talk. 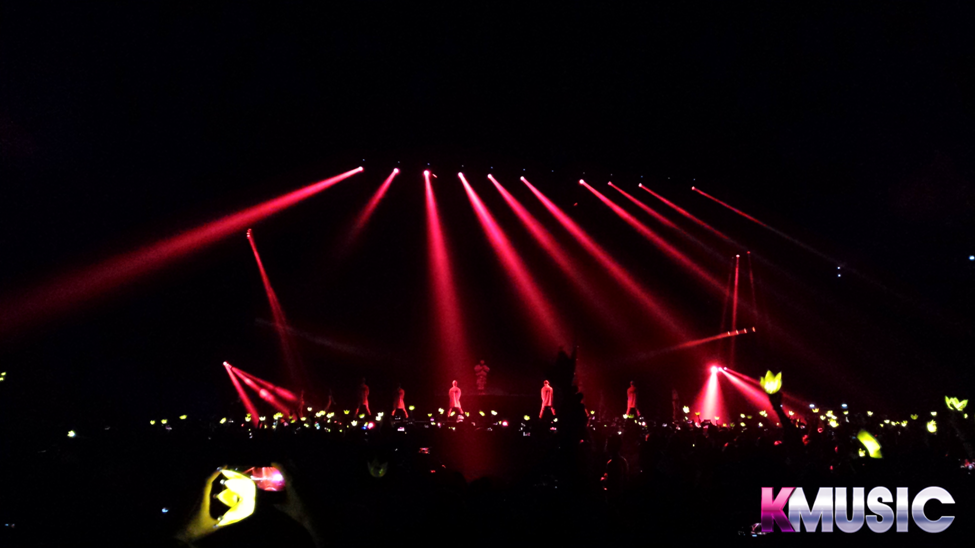 There is no doubt that everyone involved in the K-Pop world knows this singer’s name. One wink to the audience and they go crazy. Greeting the fans by pointing in all directions can make everyone think he points straight at them. The incredible stage presence tells it all – a king is performing. But it wasn’t only his magnificent performances that made us believe we had met the true emperor that night. His selfless attitude, warm and friendly character, and not remotely high and mighty actions assured us he deserves to be regarded as someone very special. To rule the K-Pop scene brings a heavy burden, but G-Dragon – or more accurately, Kwon Ji Yong – is still so down to Earth that one must respect him for trying his utmost to be himself all the time. Despite his admitting it is a very hard and lonely path he is taking, we hope and believe he will walk it confidently. 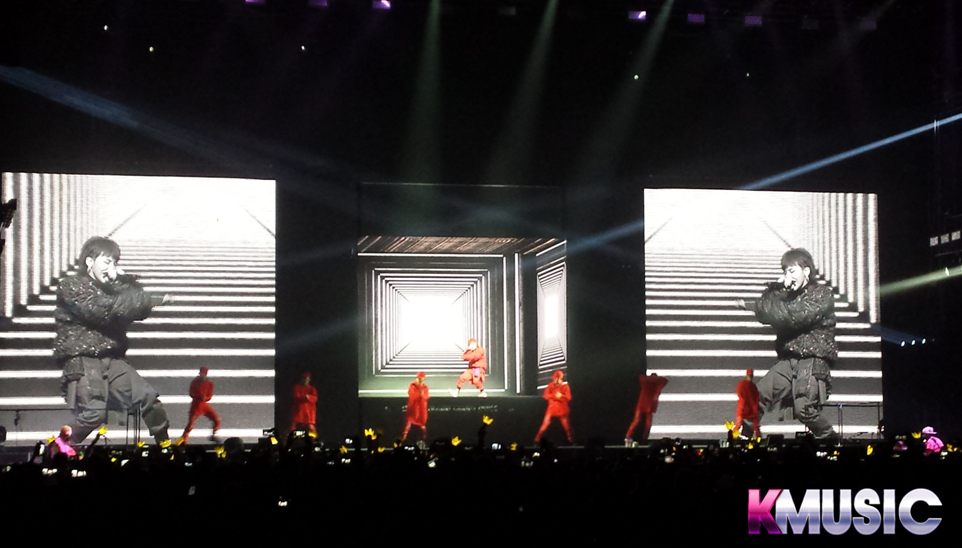 The Old and New

The concert started off with songs by G-Dragon and ended with tracks by Kwon Ji Yong. Fans heard hits like ‘Heartbreaker‘, Breathe‘, ‘A Boy‘ and ‘Obsession‘, then transitioned to ‘Michigo‘, ‘One of a Kind‘, ‘Crayon‘ and ‘That XX‘. Finally, the show ended with his latest hits, ‘Middle Fingers-up‘ and ‘Divina Comedia‘. Be it G-Dragon or Kwon Ji Yong, this man made sure the night was packed with great songs and effects and the fans absolutely enjoyed it to the fullest. The artist, the king himself, admitted he really enjoyed the concert and that he is very thankful to all the fans that came to see him that night. If there was one wish left, it was that of the fans: “Please come back again!” 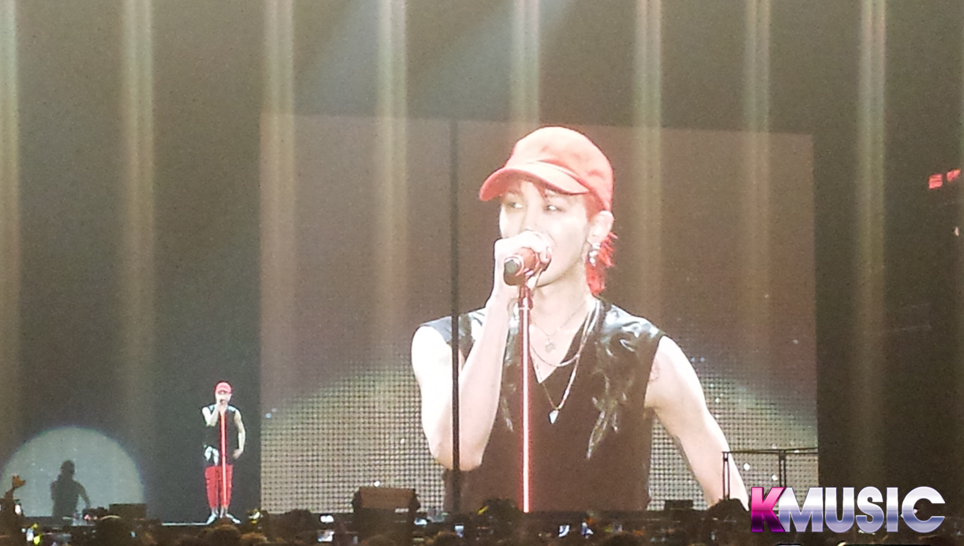 This concert tour was brought to us by LiveNation and YG Entertainment. We wish the artist all the best for his upcoming activities and hope to see him on stage in Europe again!

Scroll for more
Tap
K-EXCLUSIVE: Lee Dong Wook at the Gentle Monster Opening in Singapore 2017!
WANNA ONE ‘WANNA BE LOVED’ in Singapore!
Scroll