After a year, Europe was blessed again to welcome the seven gods of GOT7! The fans could not be more excited. They waited in the foul autumn weather in front of the Mercedez-Benz Arena for hours, getting to know Ahgases from other countries, gifting one another fanmade gifts as well as waiting if, perhaps, they will sneak a glance of the group. And for some of them, the dream came true, as the group appeared for a short while on the arena´s balcony to wave and greet their fans prior the concert´s start.

Once the doors opened the fans poured inside and found their seats in the arena. Everyone found their respective seats (even the pit had seating set-up) and turned on their lightstick when the hall went pitch black. At that moment, the three-hour long concert started.

First on the list of performances was ‘Eclipse‘, the members appeared on the stage wearing black, gold or dark blue clothes with sparkling clothes pieces – such as jacket, shirt or embroidery. When the fans warmed up in their cheers during the first song, GOT7 proceed in performing ‘Out‘ and a slightly remixed version of ‘Never ever‘. The later song only added heat to the already passionate venue. The members did not fail in making the fans scream more by slightly pulling that jacket off their shoulders or incorporating a dance break into the song. 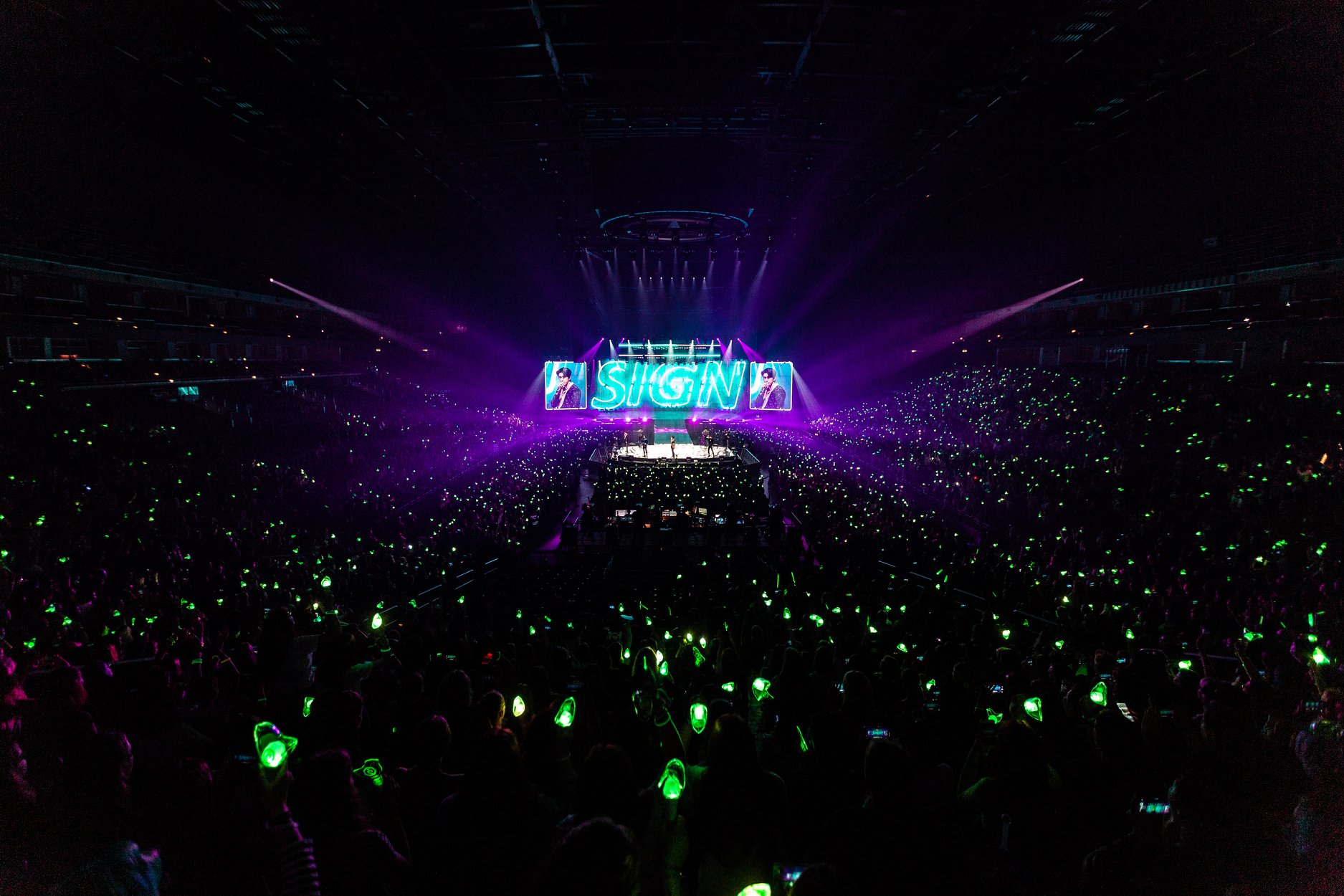 The very first ment of the night included the members introducing themself to the fans, wondering whether it has already been a full year since their last concert in Berlin, making the fans squeal when they revealed just how much they missed them.

What was next in line no one could expect and it left us all speechless. After the explosive stage of ‘Skyway‘, from the group´s album “Turbulence”, the members took turns for dance breaks. The transitions between the stages were so smooth one almost wondered how they switched turns. In a blink of an eye there were all of them on stage, in the second blink it was only JB seducing us while performing ‘Ride‘. Youngjae took the stage short after him, wearing longer jacket and performing to ‘Gravity‘.

Mark, Jackson and BamBam took the stage next and it was a intriguing stage, leaving the fans out of breath from constant scream to cheer the boys up. Jackson and BamBam were wearing black shirts and pants with bright red jackets, while Mark rocked the opposite style – black jacket over red shirt.

Yugyeom danced with a fabric over his face and just when he took it off to continue dancing, Jinyoung appeared on the other side of the stage, taking over with his solo dance performance, being joined by Yugyeom at the end of the dance again. And before the next MENT, all members gathered on stage again to perform a remix version of ‘Stop it‘.

After a short MENT talk the show continued with ‘A Degree‘ during which the members sat or stood on stairs and the light was shining down on them as if from a window, and ‘Sign‘ which pumped up the fans again while the screen showed a neon sign with the name of the song. Not even a short break after the song ‘I am me‘ followed up.

When a VCR video showed up, showing the members seemingly lost in a dark tunnel, fans started to roar and waved their lightsticks energetically. The video continued and the mood changed. From the members being lost on their own, the tunnel became brighter. This might have been the moment one of the members talked about later on – they have found their lights and those lights were their fans – Ahgases.

The whole concept of the concert also underwent a slight change. The stage was more lively-lightened up and the member appeared wearing a more casual and more colorful clothes. They performed ‘Come on‘, ‘Just right‘, ‘Paradise‘ and ‘Look‘. 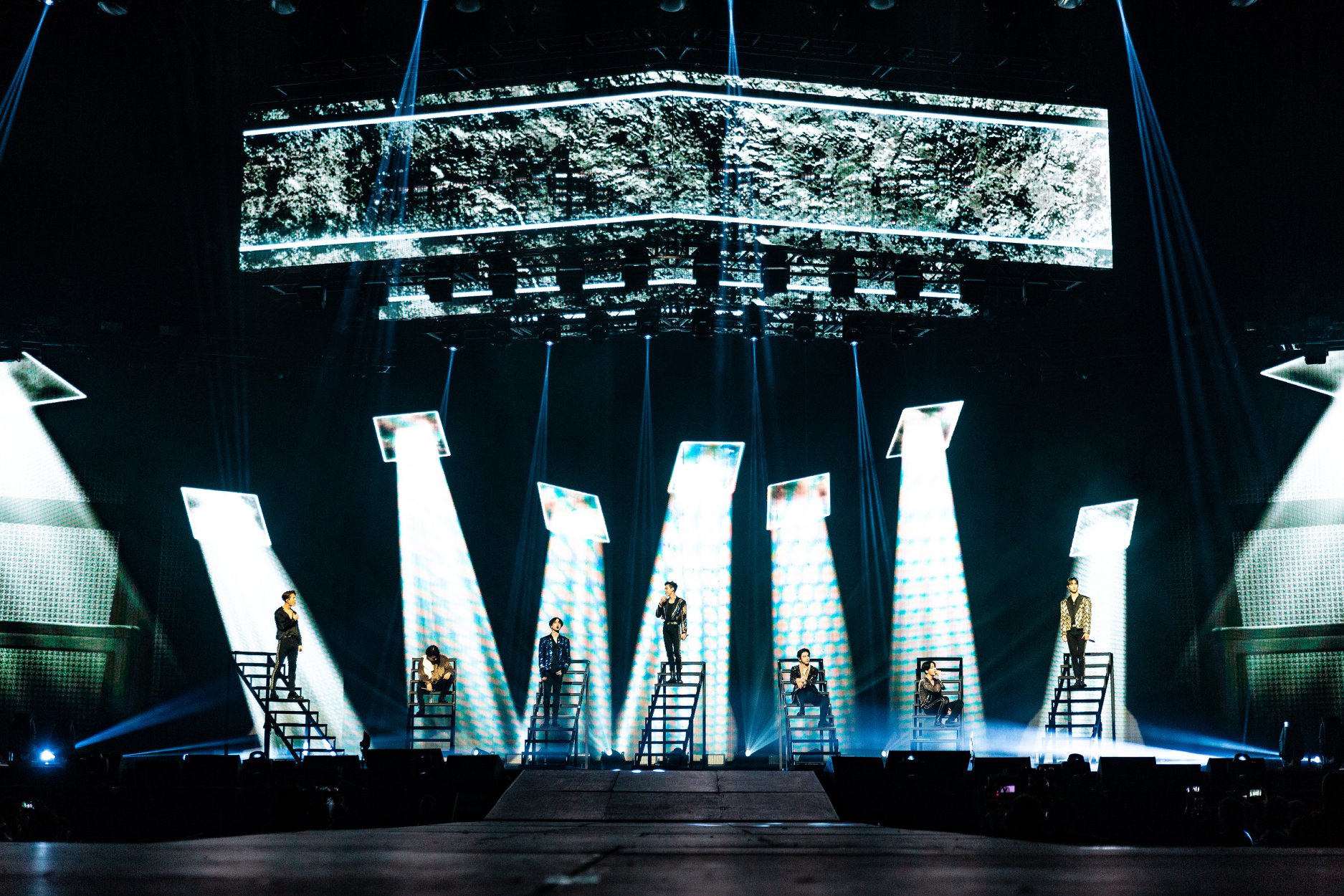 “You guys OK? Are you sure?” Jackson screamed at the beginning of the next MENT break.

BamBam followed up to describe the change in the concert mood: “We finally found our light. Because of IGOT7!… As you can see our scene is getting brighter, our costumes are getting brighter too… JB are you ready?”

The members asked for a short while of break and so BamBam continued by saying a small episode he experienced the day before: “We got one day yesterday in Berlin, free time… Can I tell you guys a story? Yesterday I go to some restaurant in front of my hotel. Then I order a lot of food. But then a guy that worked there came and asked me how old am I. And I was like “Why, how old do I look like?” and he said “I don’t know… 46?” This age estimation made the fans laugh and even the members could not hold back their smiles. BamBam then let the fans know he also ordered shrimps and till this moment his finger smells like shrimps. “But then it is a good sign! Even if I leave Berlin and my hand still smell I think of Berlin.”

“Because of shrimps?” Jackson asked, making everyone laugh again.

The last set of songs before the end of the concert followed for example tracks ‘Save U‘, ‘Hard carry‘ or ‘Page‘. And when the boys came back to stage for their last MENT the fans just could not believe it is the end already. Needless to say it was a very long MENT as the members took turns to thank the fans for coming and promising to come back very soon. They also made the fans do lightstick wave which looked absolutely stunning in the dark arena!

When the group announced it is the end of the show, the fans knew there is a few songs coming up as encore. And in the dark arena, when the lightsticks were high in the air, they started stomping their legs to bring the group back to the stage. And GOT7 very happily obeyed their call to come back to the stage. They performed an energetic remix of ‘Fly‘, ‘Go higher‘, ‘Shopping mall‘ and ‘Girls Girls Girls‘. 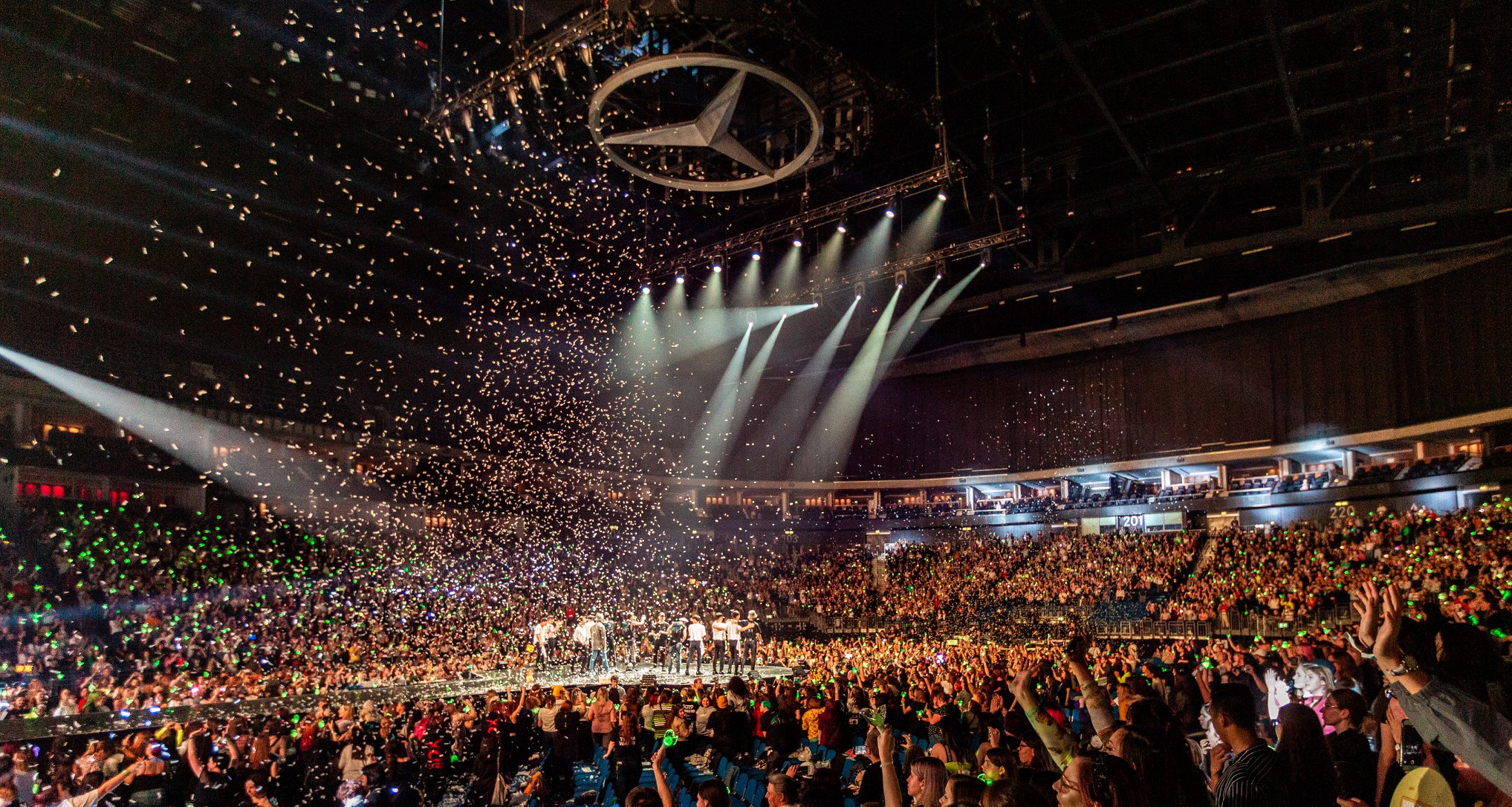 GOT7 did not stop for a moment during the whole three hours in showing what incredible artists and humans they are. During performances everyone saw how passionate they are about dancing and singing, while doing MC talks the fans witnessed first hand the great relationships the members has, laughing at each other while still being supportive of one another. The group fully used the stage to their advantage as well – be it the three sliding screens above the stage, or confetti cannons and moving stairs. Whoever came that night, was for sure leaving with beating heart, wishing to rewind the time and go for it again and again. Because this was an incredible concert from the start till the very end!

Thank you MyMusicTaste for bringing GOT7 to Europe again. We wish GOT7 a great success in the future and hope to hear more music from them soon.

Scroll for more
Tap
K-Exclusive: DAY6 and My Days Share the Time of Their Lives
K-Exclusive: A Hot and Blue Night with Hyolyn and Ha Dong Qn
Scroll
Loading Comments...