K-Tigers Zero to have a debut project on ‘Shindong’s Kick Service’!

K-Tigers Zero to have a debut project on ‘Shindong’s Kick Service’!

Yes, that is right! K-Tigers Zero will launch their debut project on ‘Shindong’s Kick Service‘. This show will feature Super Junior‘s Shindong and K-Tigers Zero. However, what is this show about? 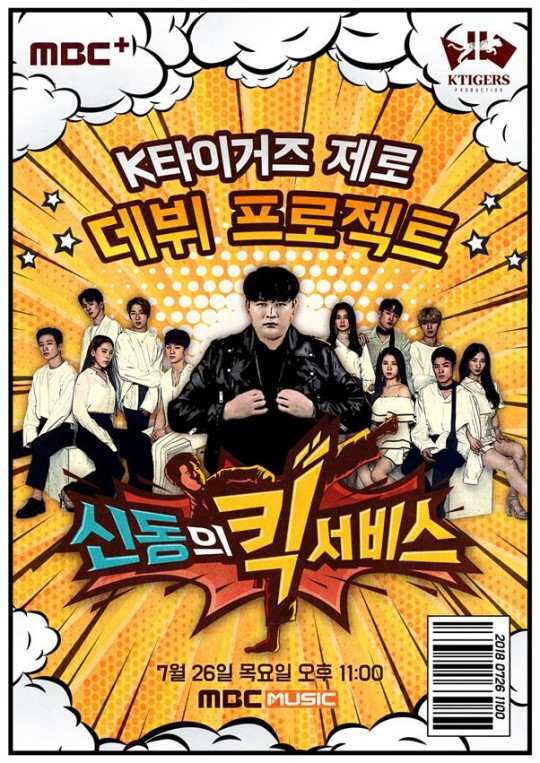 The main purpose of this show is to introduce K-Tigers Zero, as well as allowing them to gradually debut. Through this show, they will be able to meet many K-pop groups who will give them useful advice and tips before their debut. By doing so, they are planning to kickstart their charms and enter the viewer’s hearts!

It is revealed that this group will be an 11-member co-ed group including Hyungkyun, Taejoo, Junhee, Kangmin, Sungjin, RAINZ‘ Hyunmin, Kunwoo, Taemi, Yoonji, Eunjae and Minji. This group have been promoting K-pop and Taekwondo through their YouTube channel gaining over 900,000 subscribers. It will be interesting to see how they go! Meanwhile, senior K-pop groups like LABOUM, K.A.R.D and B.A.P will help them prepare for their debut stages!

Meanwhile, MBC confirmed that the show will begin broadcasting on July 26th. Are you excited? Let us know in the comments below!