In a statement released late yesterday the agency confirmed with a brief statement saying “Yes, it is correct that they have broken up.”

Kai and Krystal who have been together for just over a year, are believed to have broken up due to their busy schedules, and a decision to focus on their careers, although there has been no formal confirmation of the reason. 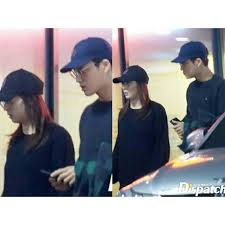 Kai and Krystal confirmed their relationship in April 2016 Source: www.mulpix.com

It was revealed in April last year that the labelmates were dating after photos of them together were released online and the relationship was later confirmed by SM Entertainment.

Meanwhile, Kai is currently on tour with EXO and is busy preparing for his upcoming KBS2 drama ‘Andante‘, while Krystal is preparing for her tvN drama ‘Bride Of The Water God‘.

Stay tuned to Officially Kmusic for the latest news in Korea!