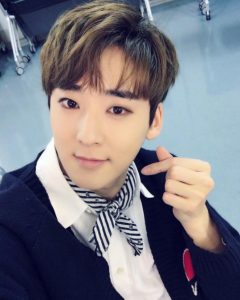 After 9 years together, U-KISS member, Kevin has decided to part ways with the group.

On March 2nd it was confirmed by the group’s agency, NH Media that Kevin will be leaving the group. A representative from the agency has stated that, “Member Kevin will be ending his contract with NH Media as of March 2017.” They continued on to state that, “Kevin has decided on another path to go towards his dream. We and the members are respecting his decision. The 6 members of U-KISS will meet with fans for the last time together in both Korea and Japan. We ask that many fans attend and encourage Kevin who will become independent from U-KISS.”

U-KISS will continue on to promote as a 5 member group and are planning on a new album which is set to release later this year.

Officially Kmusic wishes Kevin and the members of U-KISS all the best in their future activities!