K-pop is a style that’s growing more and more day by day, reaching even the most remote places in the world. We love to know that K-pop is getting more recognized, but we love it even more when it’s by people we admire.

There are, in fact, many western celebrities and important places that have shown some a real interest in K-pop, and I bet you don’t know all, so we bring you a list of K-pop mentions and effects around the world that really surprised us:

The “Harry Potter” actor surprised a lot of fans when he received Girls Generation’s album and seemed very excited about it, even though he didn’t know K-Pop yet.

Another member of the “Harry Potter” cast to mention K-Pop was Emma Watson, who plays Hermione on the series. It’s said that she found out that SHINee’s Taemin was a huge fan of hers and that she tweeted about him.

Another ”Emma” who became involved with K-Pop was the “The Amazing Spiderman” actress, who revealed during  an interview for “Entertainment Relay” that she listens to K-Pop and loves Korean culture. Her co-star, Andrew Garfield, also shared his love for Korea. 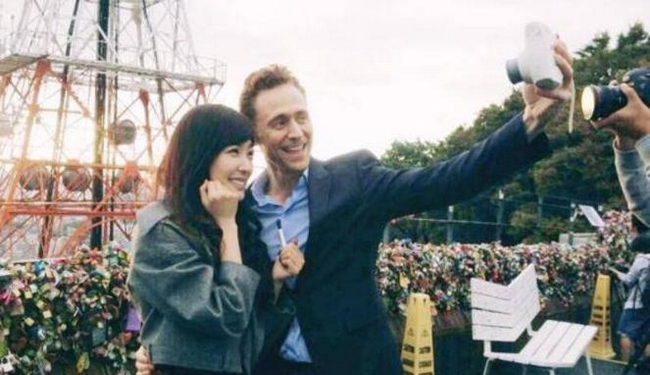 One of the most unexpected additions to the K-Pop fans list was Hugh Jackman, mostly known for his role as Wolverine in “X-Men”. He visited Korea a few years ago and attended many variety shows, including “Star King”, where he became friends with the SISTAR members and even danced to Gangnam Style with them:

Another actor to join the fans list is Steven Yeun. He’s mostly known for his role as Glenn in “Walking Dead” but it turns out that he’s also a K-Pop fan and even snapped a picture with Dara from 2NE1. He then retweeted the photo and also followed Dara back. 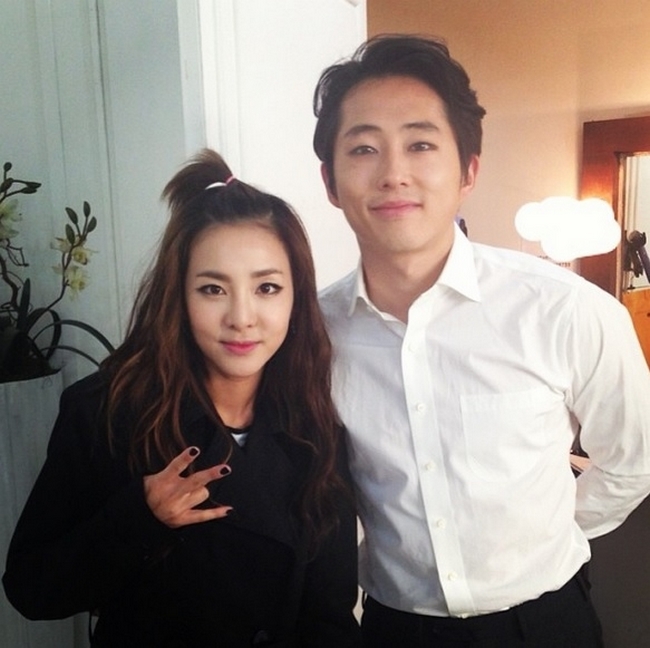 The singer might not have really expressed any feelings towards K-Pop, but she followed G-Dragon, Taeyang and CL on Instagram, which surely means that she knows who they are!

The “The Vampire Diaries” actress showed her love for 2ne1 by dancing to “I Am the Best” during the Starlight Cabaret at Atlanta Pride 2012.

Jay from The Wanted:

Another Blackjack, Jay was already seen wearing a shirt written “I <3 2NE1”. He once tweeted that he would love to collaborate with Super Junior and also recorded a video singing “I Am The Best”:

In fact, it seems that 2NE1 is particularly loved by international celebrities. They’ve already collaborated with Will.I.Am and are often wearing Jeremy Scott’s clothes.

One of the most recent additions to the list of Blackjacks was the singer Lorde (whose boyfriend is Korean), who is also a fan of Lee Hi. During an interview for Universal Music, Lorde said “Personally, I really like K-Pop groups.  I particularly like the musician Lee Hi.  I want to try a collaboration with Lee Hi.  I also like 2NE1. It is because their melodies and songs are very interesting.  Their melodies are a lot more charming than the Western pop which I grew up listening to.  If it is pop music, it should be to that extent.“.

She also said that she might need some dance lessons from Girls Generation and that she expected to able to go to Korea and meet all of them.

The famous singer expressed his admiration for G-Dragon, who attended his concert in Korea, and revealed to have recorded a song with the Korean artist. He also became friends with Dara and even shared a picture giving her a kiss on the cheek. 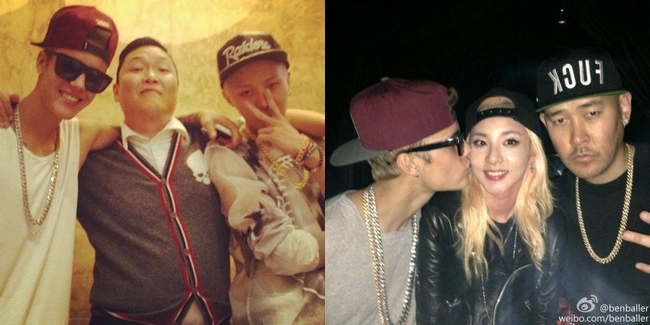 G-Dragon is very popular in the west. He has already collaborated with Missy Elliott and Sky Ferrera, and released a song with Skrillex featuring CL. Collaborations apart, GD is very loved by many western celebrities and Pharrell Williams even recorded a message for him:

Will and Jayden Smith:

Being a global company, YG Entertainment actually receives love from many international artists. Aside from 2ne1’s  and GD’s collabs and Psy’s MV with Snoop Dogg, they have also received a visit from Will and Jayden Smith, who became friends with many YG artists. 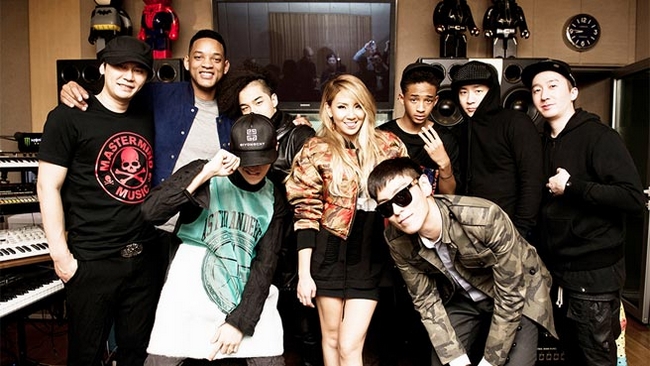 These young Taiwanese twins became famous on the internet for their cute dance covers, including one of Crayon Pop’s Bar Bar Bar. The video became virus and the twins became so famous that they were invited to perform the cover at “The Ellen Show”:

This one is not really surprising because Lady Gaga’s own fashion style is very influenced by Asian culture. She’s friends with many K-pop celebrities and even went too see Jay Park and Hyuna at SXSW.

What was really unexpected is that she’s not only a K-Pop fan, but she added Crayon Pop as an opening act of her tour! 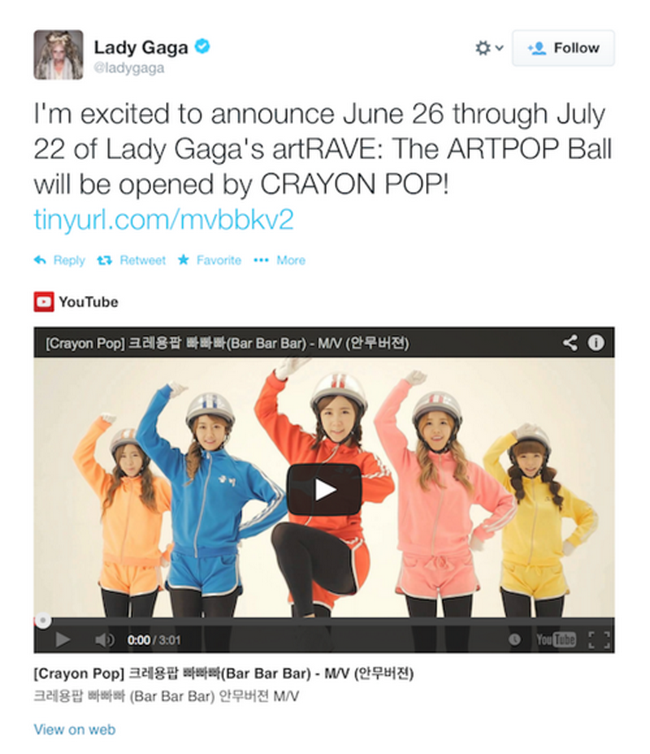 Talking about tour openings, we can’t let aside the time when Wonder Girls (who are also friends with Akon and even released a music video with him) opened Jonas Brothers’ tour. It was a huge step for K-Pop back then and they all became good friends.

During an interview for Rove LA in which they danced to “Gangnam Style”, Aisha Tyler revealed to know a lot about K-pop and also to be a fan of many groups.

The actress and singer has not only revealed to be a K-Pop fan, but also uploaded a short movie in which she travels to Korea and meets f(x) in order to get inspiration for a music video:

She is probably one of the biggest K-Pop fans among celebrities. Miranda not only is friends with many celebrities like Eric Nam and Son Dam Bi, but she also appeared on Korea’s SNL. 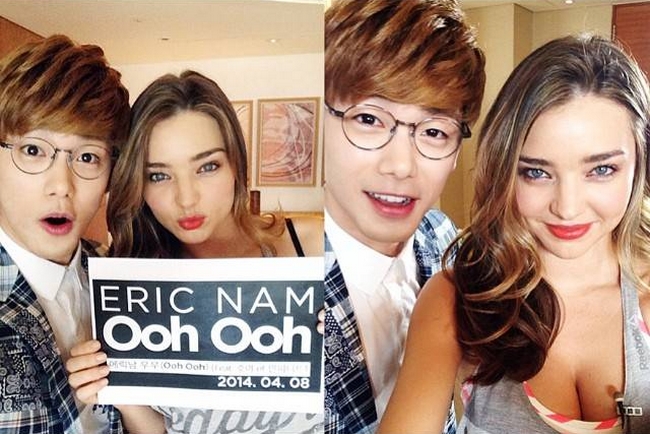 The Brazilian band Fresno was in the same category of EXO on MTV’s EMA. Back stage, their main vocalist, Lucas, met Suho and Kris and during the conversation with them, he revealed to already know of EXO. Later, Lucas revealed to be an actual K-Pop fan and many fans asked for him to be the MC of Music Bank Festival in Brazil, but it ended up being another big K-Pop fan, the singer Fiuk.

Who said only celebrities can mention K-pop? The brazilian bank Itaú usually replies to a lot of questions from costumers, but the K-pop fans were caught by surprised when they answered a K-Pop related question.

A fan asked “I just wanted to know when will Bigbang have a comeback? Dude, it’s been 2 years” as a joke, but the staff actually answered “We think the waiting is a sign that the comeback will be Fantastic, Baby” 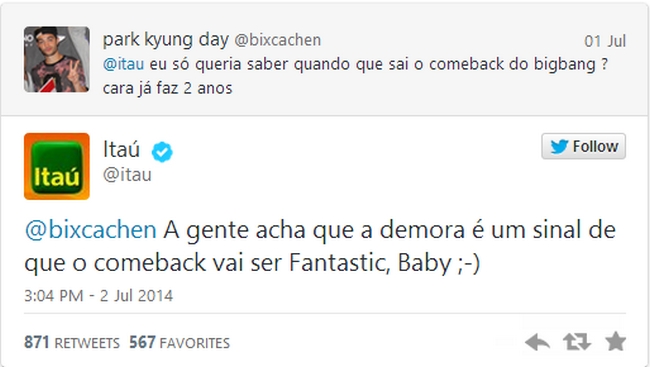 Well, mentions not always work very well, though. Right after Taeyeon and Baekhyun dating rumors were confirmed, Durex Korea tweeted “Members of SM Entertainment’s representative idol groups, SNSD’s Taeyeon & EXO’s Baekhyun, are said to be dating, according to a domestic press report from Dispatch. Congratulations to the both of you on your love! Durex will cheer you on!” which was misurderstood by some fans, causing a bad feedback, and then they had to apologize. 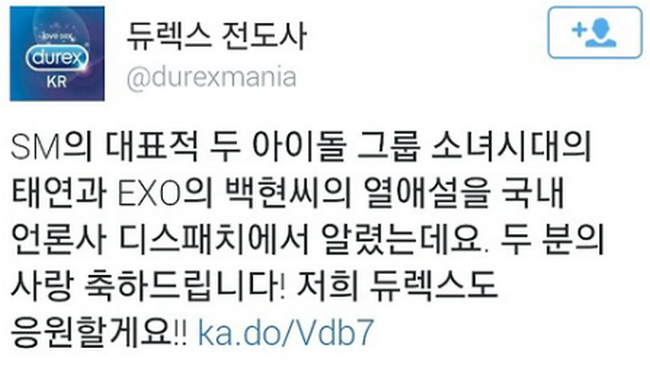 There are probably many other werstern celebrities and brands that recognize the importance of K-Pop, some that we’ll never even know, but one thing is sure: nothing makes a fan happier than seeing his favorite group mentioned by another artist that he likes.

What do you think of these mentions? Do you know other ones?