On 19th of August Net Entertainment released the line up for the Novus K-pop Festival ahead of the early bird ticket sales allowing fans to make an informed choice and more importantly take advantage of the discount with confidence.

The first and on the list, and no doubt the one fans will be most excited about is Super Junior. The group, formed in 2005 by SM Entertainment has long been a popular group both in South Korea and globally. With 13 members at its peak the group provided a varied and distinct sound. They have had a slew of hits over the last 14 years including songs like ‘This is Love’, ‘One More Chance’ and ‘Danger’. European ELFs will be overjoyed to hear the band will be performing at the event.

The second group to be announced was NCT Dream. Another group formed by SM Entertainment, NCT Dream is one subset of the group NCT which SM released with the plan to have a stable of talented artists who could perform together or in separate groups. The group have had many hit songs including ‘Boom’, ‘Go’ and ‘Chewing Gum’.

Other groups announced include CIX and Elris. CIX are a new group who debuted in July of this year to much anticipation. Elris is a five member girl group that debuted in 2017 and was the first girl group announced for the festival. Although these groups have a smaller back catalog they are sure to do their best to entertain the fans and make a memorable show.

Another big addition to the line-up is RGP, the duo consisting of Skull and Haha. These artists ae known in the field as individuals as well as duo, debuting together in 2012 they have gathered a lot of attention and we know they are going to rock the stage in Duesseldorf too! 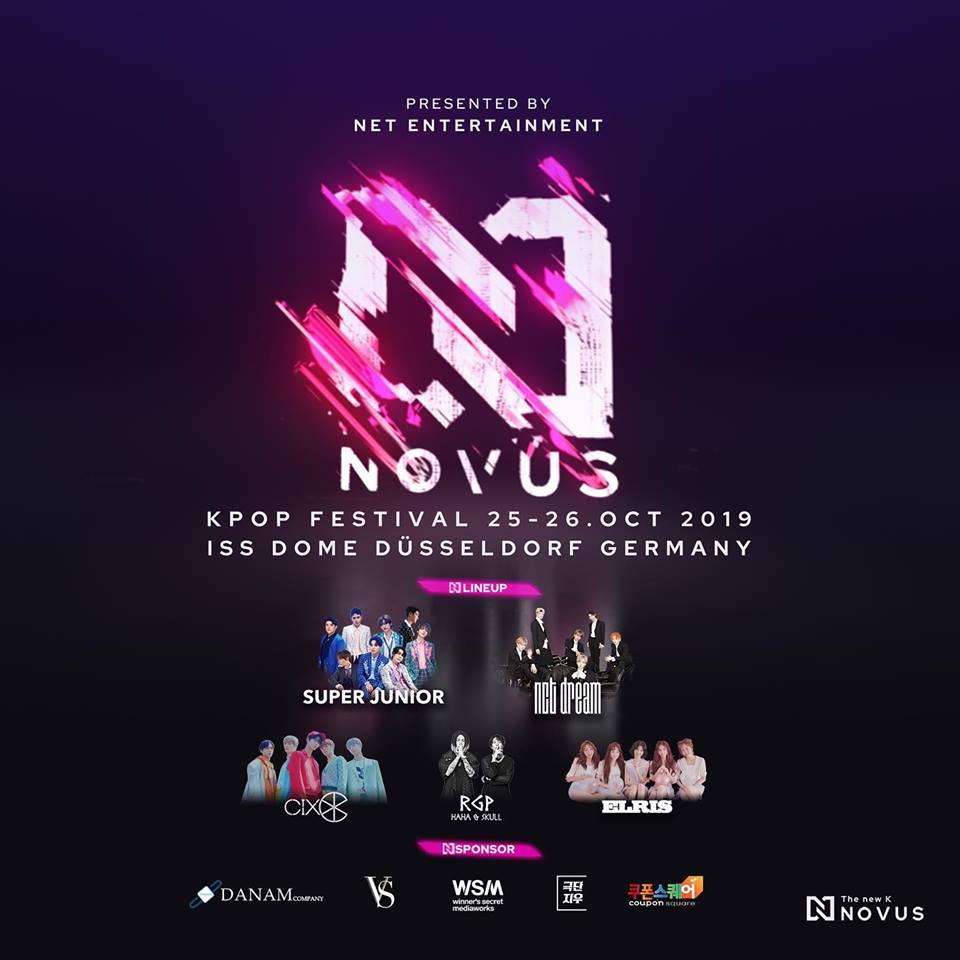 For further information and tickets you can go to Net Entertainment`s Facebook page here or directly to the ticketing website on 23rd August to purchase your early bird tickets.

This is an amazing chance to see many great artists. Enjoy the show!