MAMAMOO Will Have You ‘Melting’ With Their Album Jacket

MAMAMOO Will Have You ‘Melting’ With Their Album Jacket

The girls from MAMAMOO seem really excited about their upcoming first full-length album, ‘Melting’. They have already pre-released two music videos, ‘1cm Pride’ (‘Taller than you’) and ‘Hometown’, and now they’ve released jacket images for the album.

In the picture above, we can see the members dressed in old-school outfits: baseball jersey styled cropped tops and pseudo bell bottoms with colorful high heels. The photo is well edited and it really seems like they took it back to the 80’s.

Their other teaser photo is a bit different: the girls are all dressed in pink pin-up outfits and staring seductively at the camera. Check it out: 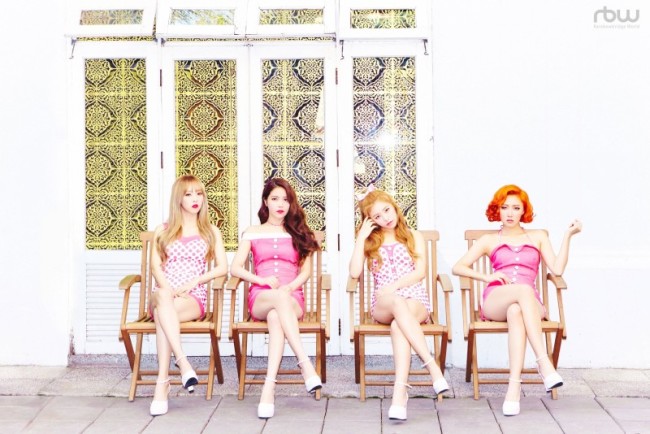 The image teasers are completely different from each other and even the music videos that MAMAMOO pre-released differ a lot from each other, so it’s hard to guess what concept they will portray in this comeback. We’ll have to wait and see when their official music video is released.

What concept would you like that MAMAMOO chose for their comeback? Are you excited about their first full-leght album? Are you planning on buying it? Let us know!

‘Melting’ will be released on February 26th, so stay tuned to Officially Kmusic to keep updated!

Scroll for more
Tap
Jungkook Takes Our Breath Away Saying ‘Nothing Like Us’!
Yoon Hyun Sang’s Version of ‘On The Way To Love’ Music Video Teaser Finally Released
Scroll
Loading Comments...