MONSTA X Returns With Their Most ‘Beautiful’ Comeback Yet!

MONSTA X Returns With Their Most ‘Beautiful’ Comeback Yet!

MONSTA X has returned and with their latest concept, have blown fans away! ‘The Clan Part 2.5 The Final Chapter‘ certainly has ended the trilogy stunningly with the music video for ‘Beautiful‘ and behind-the-scenes looks at the whole comeback process for their 1st full album.

The latest in title tracks retains their signature fast-paced sound. They’ve used elements of Trap and Dubsteb, combined with the perfect melody to showcase their amazing vocals and rap. The music video for this track lives up to its title as it is truly beautiful to watch. The aesthetic shots of each member paired with shots of their sharp choreography leaves you wanting more! The song itself is described as one that expresses both an unobtainable love and a love that is difficult to reject.

While the music video was both stunning and serious, the atmosphere behind-the-scenes was anything but! While Wonho brandished a sword, I.M showed off his stacks of cash. The behind-the-scenes team managed to capture cute moments of the members getting their hair and make-up touched up and grabbed some candid shots of them on set. We also got a look at each member’s mesmerizing individual rooms, like I.M’s chamber filled with gold and Shownu’s natural and rustic setting.

Check out some of photos below! 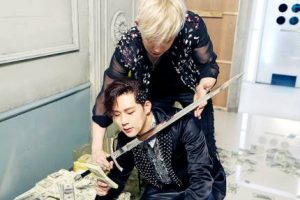 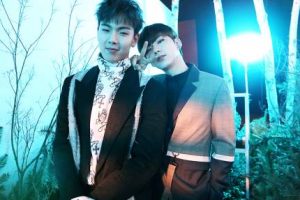 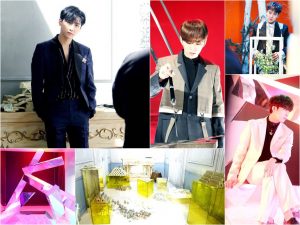 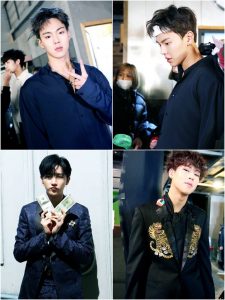 MONSTA X also gave fans a glimpse into the making of their jacket album, which may be one of the most gorgeous photoshoots to date. From Shownu and Kihyun channeling their pensive side, to Wonho’s shots in a bathtub and even some group selfies are all shots you’ll find in the making film.

They’ve also starting adding to their list of achievements with their new album! ‘The Clan Part 2.5 The Final Chapter’ topped various charts, both in Korea and internationally. Starship Entertainment revealed that the group’s album had topped the Hanteo and Synnara Record Charts in Korea, the U.S iTunes charts and K-pop charts in Japan. 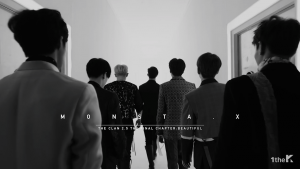 The group had their first comeback stage on M!Countdown on the 23rd of March, with stages for ‘Ready or Not‘ and ‘Beautiful‘ which both received a lot of love from fans. While ‘Ready or Not’ was a more hip-hop style stage, with boys dressed in casual street wear, ‘Beautiful’ saw them transform into a more enigmatic group. Be sure to check out those stages!

While their promotion period has just begun, this album is proving to be one of their most successful ones yet!

What did you think of MONSTA X’s latest comeback? Let us know in the comments!