PSY has released the poster and dress code for his upcoming concert “Happening.”

On March 27th, PSY tweeted the info to all his fans on Twitter, “#WhiteHappening.jpg lmfao!!! see this pic and let’s be white on 0413,” confirming the dress code for his concert. A photo of him in a white dress, tights and crown was also uploaded with the tweet.

A second photo of PSY being edited into various costumes was also revealed, further promoting his upcoming concert.

PSY did a similar theme back in 2012, after inviting fans to wear blue outfits on his “Summer Stand” event.

Meanwhile, PSY is set to exclusively release his new single in South Korea on April 12th, followed by his concert on April 13th at the Seoul World Cup Stadium. 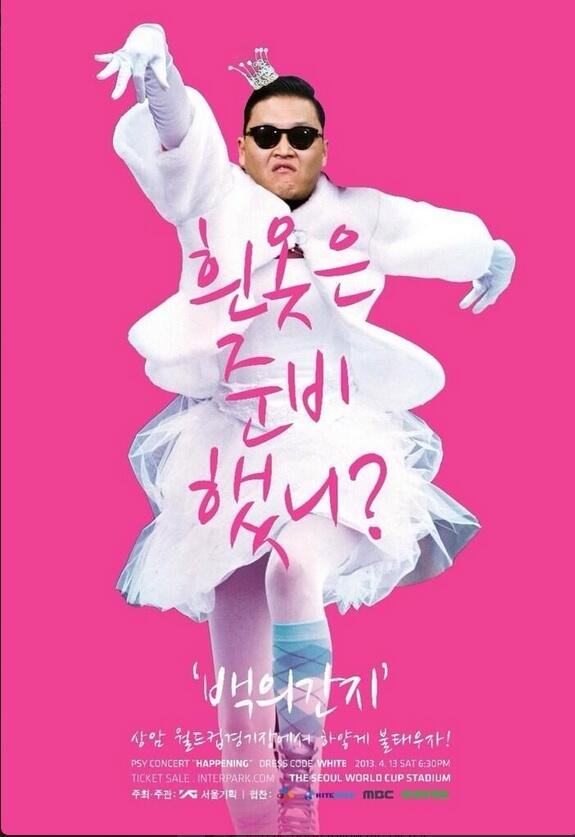