In contrast to its plot, MBC’s upcoming drama ‘Missing 9‘ is about to take off in three weeks. The plane crash drama, that revolves around 9 stranded survivors, has released an array of stills to give us a better look and the relationships both on and off-screen.

The drama is told from the perspective of Ra Bong Hee (Baek Jin Hee) as she reflects on the events of what happened on the island, four months after the crash. She is the lone survivor of the nine who were stranded. 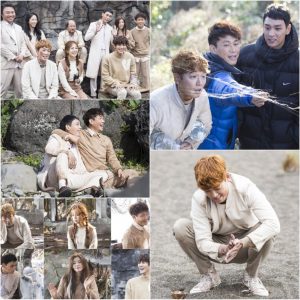 There is an interesting relationship dynamic between the lead characters, Ra Bong Hee and Seo Joon Oh (Jung Kyung Ho). While Seo Joon Oh is a star barely holding onto the spotlight, he has no survival skills and will struggle greatly on the island. On the other hand, Ra Bong Hee, who is his new stylist, has all the necessary skills to survive that she obtained by working numerous jobs. This switch in competency, will increase the tension between these two characters.

But, Seo Joon Oh is not alone in his battle, since the other survivors are no better at fending for themselves. Save for two- Lee Yeol (Chanyeol) and Jung Ki Joon (Oh Jung Se). These two are beacons of hope, keeping everyone’s spirits up as they attempt to live life on a deserted island.

The stills also gave a look at the characters trying to build homes, gather food and make a fire. Check them out below: 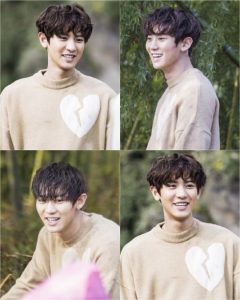 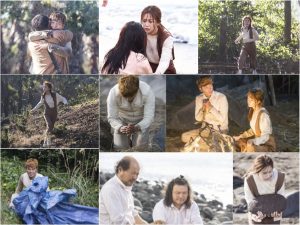 ‘Missing 9’ is set to take the place of ‘Weightlifitng Fairy: Kim Bok Joo” in mid-January. So, are you ready to see how 9 strangers from diverse backgrounds, deal with surviving a plane crash?

Stay with Officially KMusic as we keep you updated on this drama and more!