Talk about vibrant and colorful! The 90’s sensation girl group, S.E.S. revealed full shots of their upcoming special album, which is set to be released on January 2nd 2017.

The three member girl group consisting of Eugene, Bada, and S.Hoo are taking it back to the 60’s with a vintage look. From these teaser images the girls are screaming bohemian, but with a twist of modern chic. Bada has been posting behind-the-scenes pictures, on Instagram, of the girls as they work hard for their comeback stage. She has also been keeping up with her charity work. 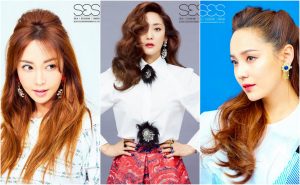 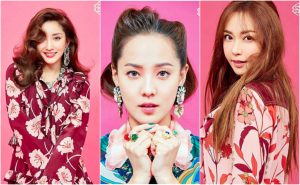 The girls will also be starring in their own variety show titled ‘Remember, I’m Your S.E.S.‘. It will air its first episode via the mobile app Oksusu.

Are you excited for S.E.S’s special album?

Scroll for more
Tap
Delve Deeper Into The Lead Trio Of ‘Hwarang: The Beginning’ In New Teaser Videos!
BTS’s Jin Gets In The Holiday Spirit With Christmas Version of ‘Awake’!
Scroll