Fans of former Produce 101 trainee Samuel will have to wait a little longer for his next comeback!

It was reported earlier that Samuel would be making a comeback in October but unfortunately for the singer’s fans, this date has been pushed back. In order for Samuel to put the finishing touches on his comeback album, the release date has been postponed until mid-November. 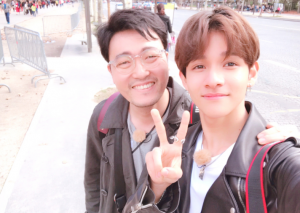 In Brave Entertainment‘s official announcement the agency apologised for the delay but assured fans that postponing the comeback will ensure that Samuel‘s album will go above and beyond expectations. His comeback will be with a full album, which is somewhat unusual for rookie artists. He will be looking to capitalise on the success of his debut mini album ‘Sixteen‘, and the strength of the fanbase he garnered through his appearance on ‘Produce 101‘.

Samuel made his solo debut in August this year with his highly successful mini album ‘Sixteen‘. Are you looking forward to Samuel‘s comeback album next month?