Seventeen will be launching a new program called ‘SVT Club’!

Seventeen will be launching a new program called ‘SVT Club’!

Yes, that is right! Seventeen will be starting a new program called ‘SVT Club‘. Through this, fans will get to see them in their casual sites, while talking about issues that concern current trends. 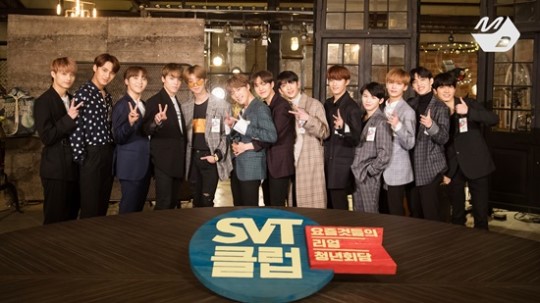 It was revealed that Seventeen will be beginning on April 5th. It will be aired every Thursday Night at 8PM KST through MNET M2 and AbemaTV. There will be a total of eight episodes where each episode will be addressing one current trend. During these episodes, they will discuss and share their thoughts on the said trends! It will be interesting to see their take on the trend!

Meanwhile, they have dropped the first teaser for their first episode. So, check that out below!

Will you be checking out ‘SVT Club‘? Let us know in the comments below!

Scroll for more
Tap
JBJ to end their promotions in April
‘The Unit’s UNB finally reveals their ‘Re-Debut’ date!
Scroll