In 2016, 9 boys broke out into Kpop scene and captured the hearts of thousands of fans! SF9, or Sensation Feeling 9, debuted with ‘Fanfare‘ as FNC Entertainment’s first male dance group. The company was previously known as the home of bands, F.T Island and CNBLUE, as well as girl group, AOA. 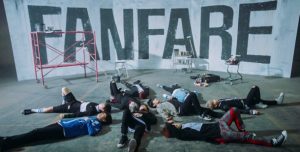 After gaining much attention with their sharp, synchronized choreography and their amazing vocals, the group decided that their dedicated fans needed a name. So they opened up applications, from December 14th- 31st, for fans to submit their own fan club name ideas!

Submissions were then narrowed down to a list of seven and voting began to choose the official name. 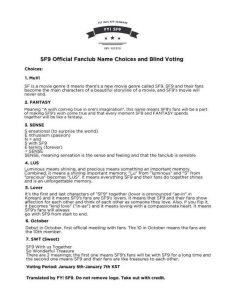 After holding a special V-Live broadcast on January 12th, they revealed the chosen name: FANTASY, which stands for:

What do you guys think about the new name and its meaning? Let us know in the comments!

Stay with Officially KMusic as we bring you the latest updates on SF9 and more Kpop news!