After the success of her mini drama, ‘Go Ho’s Starry Night‘, SNSD‘s Yuri has been cast in a new drama!

The drama is called ‘Defendant‘ and is an SBS drama about a public defender who tries her best to be a professional and graceful lawyer, but has a wicked temper in court. Yuri will be the lead as the public defender, Seo Eun Hye. Everyone’s favorite cutie doctor and soldier, Kim Min Seok has been confirmed to also be in the drama, although not as a lead. ‘Tantara‘ and ‘Kill Me, Heal Me‘ star Jisung is being considered in a fitting role as a lawyer turned convict on death row. 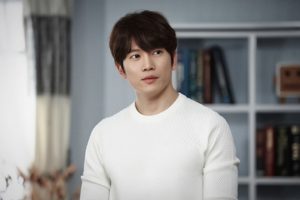 Additionally, Uhm Ki Joon and Uhm Hyun Kyung are looking at roles in the drama. The drama will air after the conclusion of the new drama ‘Doctor Romantic‘ on Mondays and Tuesdays.