UP10TION reveal the cover of their ‘2017 Special Photo Edition’ album

UP10TION reveal the cover of their ‘2017 Special Photo Edition’ album

The teaser image was shot in Sydney during their recent visit for KCON 2017 Australia.  It shows all members dressed in matching dark blue suits with white shirts.  They are striking a post for the camera as they walk down a set of stone steps – most likely in Circular Quay or The Rocks area. 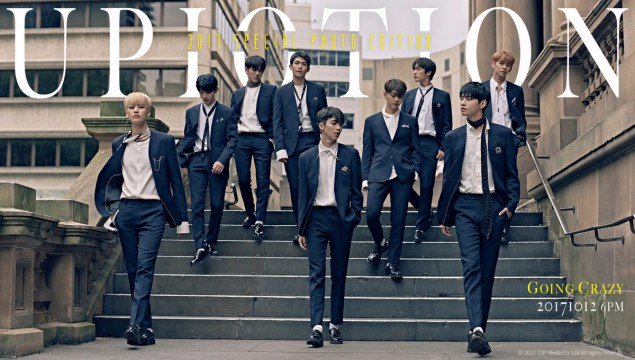 In the bottom right hand of the photo we see that ‘Going Crazy’ is to be released on October 12 at 6pm KST.  Could ‘Going Crazy’ be the title track?

What do you think of the teaser image that has been released for UP10TION?  Are you looking forward to their comeback?  Let us know in the comments below.