The adorable new drama starring ‘Cheese In The Trap‘ stars Lee Sung Kyung and Nam Joo Hyuk has been getting lots of attention! Both models turned actors have been training hard to play their athletic roles.

In the first new still, Lee Sung Kyung, known for her petite figure, buffs up to play Kim Bok Joo, who’s a weightlifting champion. Steadily training for two months, the production team had nothing but praise for her saying, “Lee Sung Kyung’s perseverance and loyalty to her training was excellent. Though she had to really focus for a short time because of the shooting schedule, I want to encourage Lee Sung Kyung who has worked really hard during those times.” Sung Kyung truly shows her dedication to the role in the stills demonstrating concentration and perseverance!

Check out the still below: 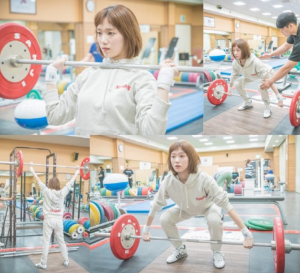 Nam Joo Hyuk plays her love interest, a dedicated swimmer. However, in some of the new stills, he’s looking lovey with his supposed ex played by Kyung Soo Jin. The relationship turns sour after a break up, but a love triangle soon forms. In additional stills, Sung Kyung and Joo Hyuk demonstrate the same lovey relationship as he did with Soo Jin so viewers have a sense of the love triangle already forming. 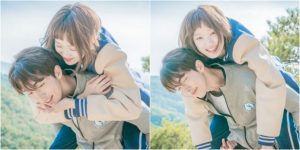 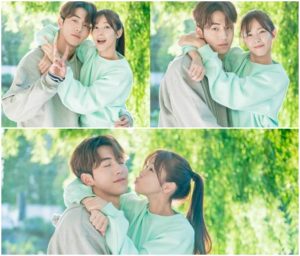 The drama is about a weightlifting athlete who only knows her sport. But she learns to love through her best friend and fellow athlete. The drama is set to air Novmeber 11th!

Be sure to follow Officially KMusic for all the latest news in Korean Entertainment!