Wonder Girls have been getting everyone excited with their instrument teasers for their first comeback in three years, and now they’ve revealed what they’re really planning for this August.

The girls will release a full album named ‘Reboot‘, which contains thirteen tracks, including the title one ‘I Feel You‘ and a collaboration with Paloalto. Check out the full tracklist: 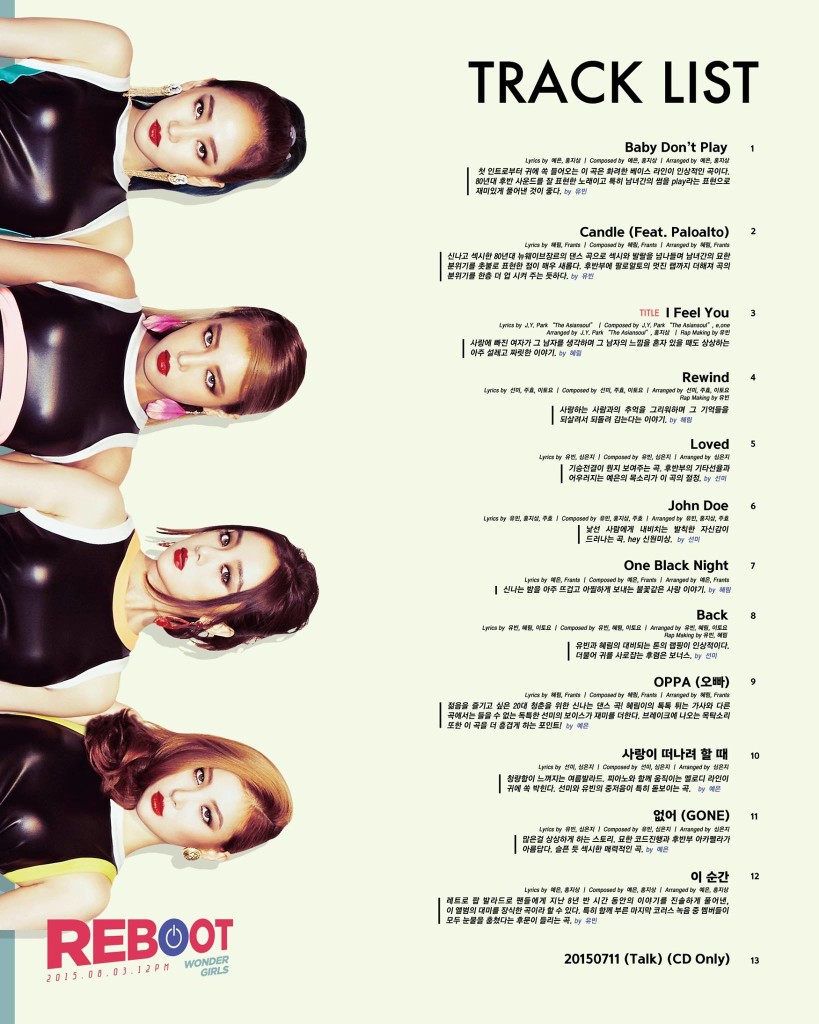 Are you excited for Wonder Girls’ comeback as a band? What kind of song do you think they will bring us? Let us know!

‘Reboot’ will be released on August 3rd at 12:ooPM KST, so stay tuned to Officially Kmusic to check it out!