YG Entertainment has recently announced that the first part of their Hip-hop project will be a duo formed by G-Dragon and Taeyang, leaving many fans happy and excited.

They have now released two image teasers for their single, which we now know will be called “Good Boy.” The teaser shows the two of them looking downward, (the same photos that were used in the medals of “Who’s Next?”) and wearing white shirts that glow in the dark with the name of the single. 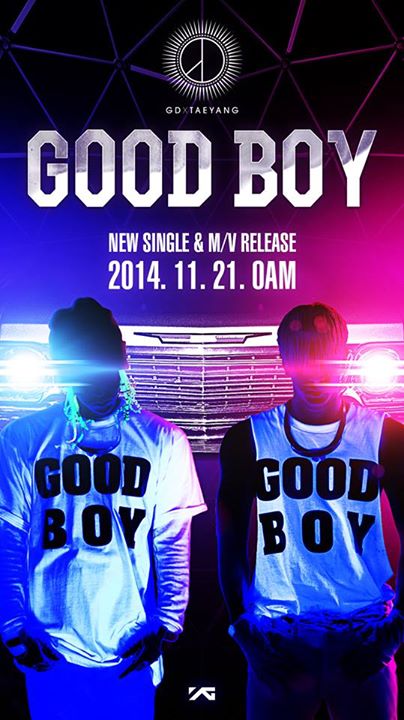 The second teaser is very similar, and shows the two among a crowd: 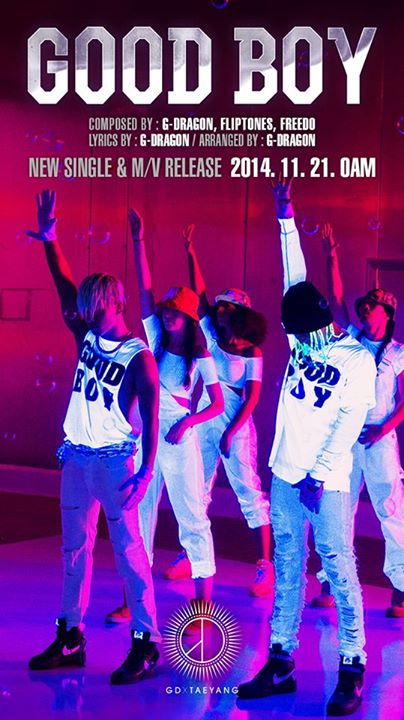 They’ve also created a logo for the duo, which combines G-Dragon’s “GD” logo with Taeyang’s sun logo, which was a very smart move from YG that we hope to see duplicated in the second part of the project.

This duo is much anticipated, since it’s formed by those who used to be YG’s little boys and who have been best friends for years, G-Dragon and Taeyang.

They will release “Good Boy” on November 21st, but the three members of the upcoming trio for the second part of the project haven’t been unveiled yet. What are your guesses? Might we end up seeing a BIGBANG comeack after all?

Stay tuned to Officially Kmusic to find more about YG’s projects, and many other K-Pop related news.